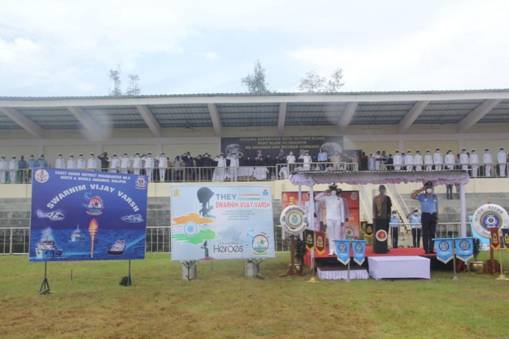 The Joint Services Cycle Expedition of the Andaman and Nicobar Command, accompanying the Swarnim Vijay Varsh Victory Flame, culminated at Diglipur on August 09, 2021. The cyclists successfully peddled 350 kms for over five days and reached Sports Stadium, Diglipur culminating the expedition.

At the stadium, the Victory Flame was received by Commanding Officer of Indian Naval Ship Kohassa Capt Satish Mishra with full military honors. The event was attended by Asst Commissioner of North Andaman Shailendra Kumar and DSP Diglipur RK Sharma. 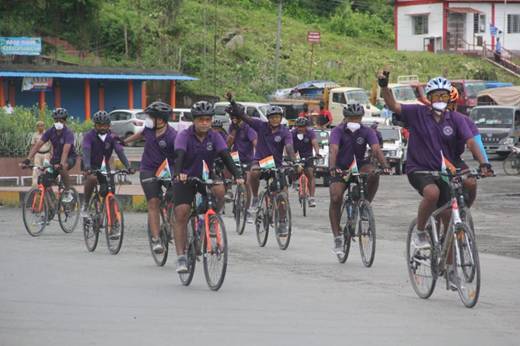 The flame was later taken through the prominent streets of Diglipur and nearby villages – Aerial Bay, Durgapur, Shibpur and Kalipur. Posters and banners highlighting the significance of the flame and the 1971 war were distributed amongst the residents.

Onboard Indian Navy Landing Craft Utility (IN LCU) 58, accompanied by INS Saryu and IN LCU 54, the flame departed from Diglipur and reached the shores of Landfall Island after traversing a distance of 60 kms over rough seas.