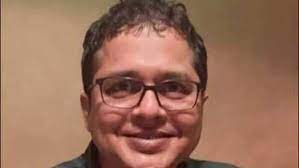 The police informed that the complaint had been filed before the Ahmedabad cyber crime cell by senior BJP functionary Bhalabhai Kothari who “was disturbed by Gokhale’s tweet” dated December 1 in which he had posted “screenshots” of purported news reports claiming Rs 30 crore was spent for Prime Minister Narendra Modi’s visit to Morbi in Gujarat.

The FIR in this regard was registered later that day for offences relating to forgery, tweeting defamatory content and fear mongering, a police officer informed.

The police officer stated, “Gokhale posted on social media and tweeted claiming a news report by Gujarat Samachar…the news report clippings cited are fake… Gujarat Samachar has gone on record saying that they did not publish any such news report. Given the massive tragedy which ensued wherein so many have lost their lives and the sensitivity of the issue, it may have potential law and order ramifications.”

“Gokhale has been detained for questioning and once he reaches Ahmedabad we will see… He is claiming impersonation and we will add sections under the IT Act if the need arises,” the officer added.

Gokhale has been booked under IPC sections 469 (forgery to harm reputation), 471 (using as genuine a forged document/electronic record), 501 (printing defamatory matter), and 505(b)( statements conducing to public mischief).