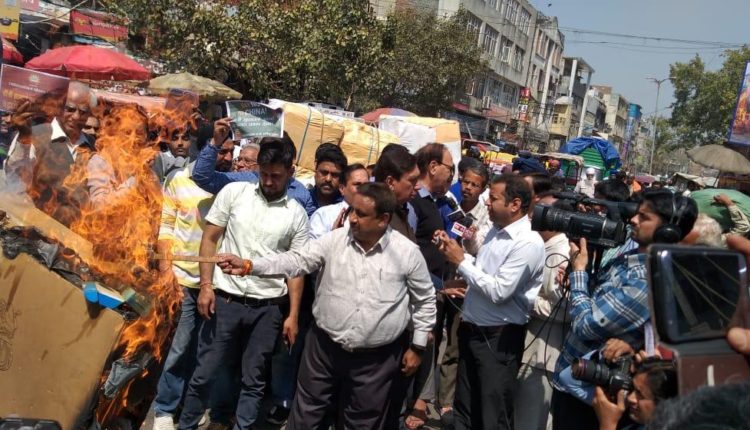 New Delhi: After China showed its power to the world, it has used its veto to stop Masood Azhar Sahab from being designated as a global terrorist by UNSC. The Confederation of All India Traders (CAIT) while depicting the resentment of the countrymen against attitude of China gave a call of burning of Holi of Chinese goods and trade associations all over the Country today put to fire Chinese goods at more than 1500 places all over the Country including Delhi.

CAIT Secretary General, Praveen Khandelwal while expressing strong objections for China said that ‘traders are Chowkidar of Indian economy and as such henceforth the trade from China will not be flourished any more. He said that whoever stands against national security of India, the traders will boycott goods of such Country.

On the call of CAIT, traders across Country today gave a strong message to China by burning Chinese goods on a day ahead of Holi festival. In Delhi, the event was held at Sadar Bazar, the hub of Chinese goods. Thousands of traders from all parts of the city participated in the demonstration. They made a small hill of Chinese goods and put them to fire.