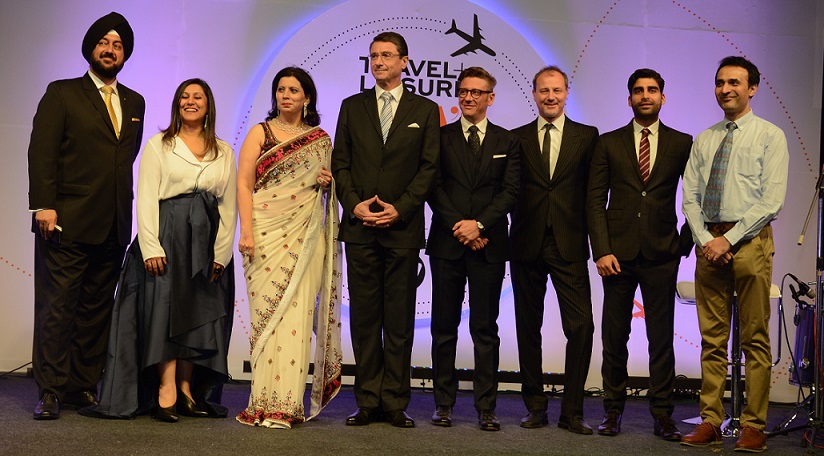 At a glittering event hosted in Shangri-La, Delhi, Travel + Leisure India & South Asia declared the results of its fifth edition of the ‘India’s Best Awards’ wherein top destinations, cities, cruises, airlines and many more categories of prestigious awards were conferred on the winners. The event graced by a host of eminent personalities was organized as part of the 10th Anniversary of Travel + Leisure India in the South Asian region. The digital polling was conducted through their website for 5 months starting from August’2016 this year. The culmination of the polling led to the announcement and the hosting of the Grand Awards Ceremony in Delhi. The chief guest for the event was Dr. Martin Ney, the German Ambassador to India who delivered a keynote speech and presented the awards to the winners. Lorenzo Angeloni, the Italian Ambassador to India, also graced the occasion as the ‘Guest of Honour’.

With as many as 49 awards across different categories ranging from the best country, emerging destination, cruise, business hotel, airport, destination spa to the honeymoon destinations in India and across the world, scores of Travel + Leisure India & South Asia’s discerning readers had voted robustly and passionately in the closely contested competition for most of the categories. Additionally, the last two awards for the evening were decided by the travel community Tripoto, for the best Blogger and Amateur photographer. In the category of International Destinations, Travel + Leisure India readers had a tough choice between Israel and Mexico for deciding the Best Cultural Destination. Subsequently, the awards were jointly given to the representatives of the two nations namely Hasan Madah, Director Israel Tourism, and Minister Eduardo Curiel, Deputy Head of Mission, Embassy of Mexico.

A big surprise this year was the ‘Best Emerging Destination’, shared by Germany and Bulgaria. Romil Theophilus, Director for India, German Tourism and Ilya Dekov, Cultural Councilor, Bulgarian Consulate were presented the awards.

Lufthansa and Emirates bagged the Best Airline (International) with Anju Gupta and Simran Kapoor from Lufthansa and Tarun Sharma from Emirates receiving the awards.

Canada won the contest by bagging the Best Adventure Destination; while Ireland and Italy grabbed the Best Luxury Destination award. Sanjeet, Representative, Destination Canada, Salvatore Ianniello, from the Italian State Tourism Board, and Beena Menon from Tourism Ireland were handed the trophies.

Speaking during the course of the event, Ruchira Bose, Editor, Travel + Leisure India & South Asia said, “Every year, the results of Travel+Leisure India’s Best Awards are like a master wish list for travelers. Our readers have perpetually displayed a great deal of enthusiasm filling forms from the magazine and subsequently mailing it to us with their favourite destinations, hotels and attractions. This year being our 10th anniversary in India, we went 100% digital in the voting process. It takes immense pride to say that we got a resounding response. Each winner this year reflects a changing business and cultural climate, the fact that readers are travelling deeper, and that they are seeking new and varied experiences and destinations. As always, it is wonderful to inspire our readers and be inspired by them.”

Massimo Monti, COO, Burda Asia and India MD shared, “EMM India, a Burda International Company, has had tremendous success in building magazines that focus on high net worth individuals and the luxury segment. In India, we have 14 successful titles where high quality editorial and production value, sharp insight into our readers, strategic partnerships, and effective distribution have made us a brand to reckon with. In the last few years we have, preempted trends, spotted opportunities, and delivered meaningful and measurable impact to advertisers and partners. Travel+Leisure India & South Asia is a good example of this. We are proud to celebrate its 10th anniversary this year and are excited to continue to help the luxury travel industry flourish.”