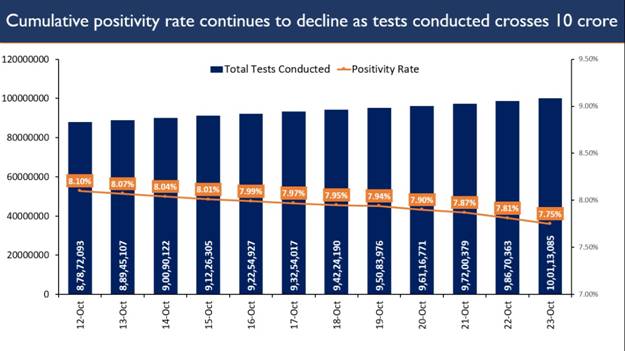 India has demonstrated an exponential increase in the number of COVID-19 cumulative tests since Jan 2020. It has crossed the landmark of 10 crore (10,01,13,085) total tests today.

The country’s testing capacities have multiplied manifold with nearly 2000 labs across the country and with collaborative efforts of the Centre and State/UT governments. More than 15 lakh samples can be tested every day. 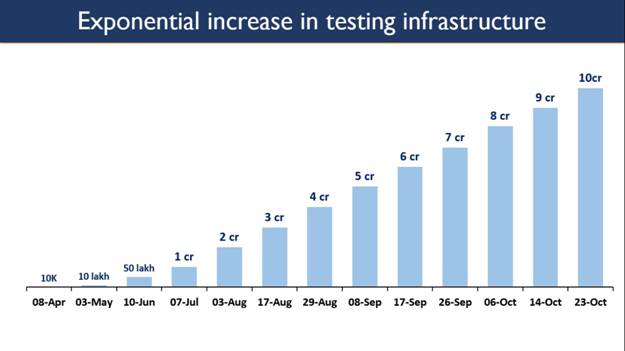 Progressive countrywide expansion in testing infrastructure has played a crucial role in the steep rise of testing numbers. With 1989 testing labs in the country including 1122 Government laboratories and 867 Private laboratories, the daily testing capacity has got a substantial boost.

This is a result of successful TEST, TRACK, TRACE, TREAT and TECHNOLOGY strategy of the Central government effectively followed by States/UTs.

Higher testing across wide regions has resulted in early identification of positive cases, prompt tracking through efficient surveillance and tracing, and timely & effective treatment in homes/facilities and in hospitals for the severe cases. These measures in tandem eventually lead to lower mortality rate.

The last 1 crore tests were conducted in 9 days. 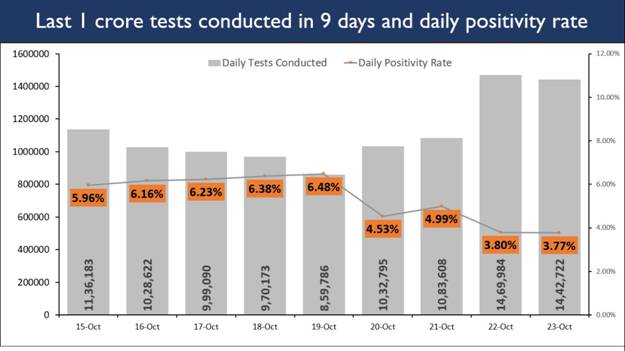 15 States and UTs are exhibiting higher Positivity Rate compared to the national figure, indicting the need for higher levels of comprehensive testing in these regions. 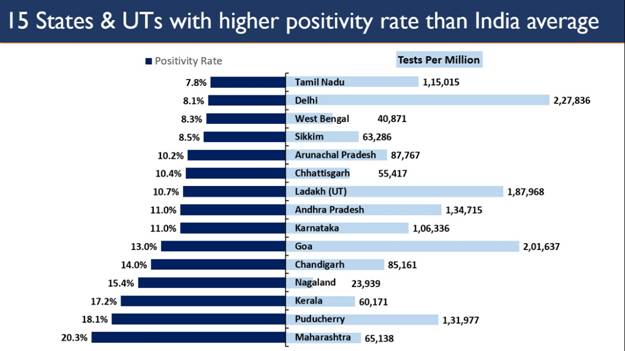