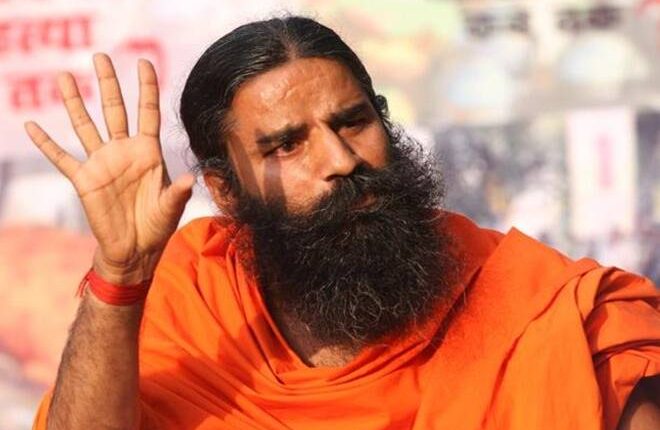 While there could be no justification whatsoever for the condemnation of Allopathy and modern medical practices as was recently pronounced by Baba Ramdev, there could also be no denying of the dire need to revive interest in Ayurveda and indigenous medicines that has served the interest of affordable Healthcare in a country like India for thousands of years.

Allopathic treatment like any other therapy does suffer from problems like muti drug resistance, MDR, caused by uncontrolled use of antibiotics and steroids prescribed often under panic, while these were to be used with caution and when needed. But then the uncontrolled and excessive use of Ayurvedic formulations could also harm patients.

Ayurveda being the ‘Science of Healthy Life’ is based on striking a balance of rasayans in the body on one hand and keeping the immunity strong on the other. As such along with herbal medicines and formulations of herbs and medicinal plants the Ayurveda treatment works in tandem with natural food, Aahar, that also has a strong foundation on natural plants, medicinal spices, nutritious fruits and vegetables. Naturally much of the ailments are related to the loss of power to digest and the unbalance created by unscientific way of eating food and consuming junk food. The Ayurveda could best take care of common ailments starting from cough and cold, seasonal fever, to chronic gastrointestinal infections.

Further, Ayurveda together with yoga and meditation offers a highly meaningful proposition for achieving the goal of good health for all and that too at an affordable cost of healthcare.

During my own childhood I have seen myself how expert Ayurvedacharyas in my home town, the historic city of Vidisha that has the distinction of being associated with the Ayurvedshala of great Ayurvedacharya Chawan Maharishi, were able to effectively treat the common as well as chronic diseases and ailments by prescribing herbal medicines at a cost affordable by one and all.

These great Ayurvedacharyas possessed expert knowledge of medicinal and herbal plants and were the repository of the treasure of Ayurvedic sciences handed down to them from generations after generations for thousands of years. All this was however given a much lesser importance in later years of independent India as Allopathy caught great attention in the medical profession. The efforts and attention invested in modern medical sciences and the intensive research and development using most modern tools of scientific drug design left Ayurveda way behind in pharmaceutical research and clinical investigations.

But to say that Allopathy is of no value will be a blasphemy and a blatant injustice to great service rendered by modern medical sciences that achieved great capabilities to fight many deadly diseases and viruses. The great advances made on the diagnostic fronts and great capabilities of genome sequencing, gene slicing, stem cell therapy, bloodless surgery, nanomedicines, targeted drug delivery, heart surgery and organ transplants have proved highly valuable for healthcare sector at national and global levels.

We need to assimilate these scientific tools of diagnostics and scientific analysis in advancing the frontiers of Ayurvedic science and herbal drug discovery.

There is thus a strong case for integrating modern science into Herbal Drug design and drug discovery now that herbal drug technology has emerged as a new discipline for scientific research on herbs and medicinal plants.

Baba Ramdev not only must appreciate these scientific advances in the health care sector but also think seriously how the advanced tools of diagnostics and scientific analysis could be integrated in research on Ayurvedic medicines including in ayurvedic drug design and drug discovery.

I count myself as one of the great beneficiaries of Ayurveda as during my childhood at the age of around 3 years I had developed liver problem that became almost uncurable. The allopathic doctors had given up and having lost all the hopes my mother took me to our village. It is here the village Ayurveda expert Pt Khushi Lal Chobe treated my liver syrosis by administering a fresh drop of Gular milk on a sugar patti, popularly called Batasa early morning before sunrise for 2-3 days. The ayurvedic drug worked wonders and my liver became fit and fine. Till date I had no liver problem. I am narrating this not for any one to follow but only to illustrate the great power of Ayurveda and Herbal medicine.

Our herbal pharma scientists at Amity University Gurugram carried out scientific research on Gular milk and have discovered that not only it treats the infected liver but also improves the immunity and filed a few patents. No wonder I never had in my life high fever ever nor any liver problem in life till date.

It is heartening that Baba Ramdev has set up a good R&D facility at Haridwar for Patanjali Herbal. But R&D infrastructure alone is not enough. Patanjali R&D Centre should attract the very best of bioscientists, biochemists and pharmacy experts from within India and from around the globe and create world’s most modern and most advanced research hub in Ayurveda. Patanjali should also fund research on herbal and medicinal plants in selected Universities in India where expertise for utilizing the most modern scientific tools for research on herbal drug design and drug discovery exists. The rich wealth of knowledge of Acharya Balkrishna and Swami Ramdev ji would then create a much bigger intellectual wealth of Ayurveda and earn global recognition for this age old ‘Science of Healthy Life’ that our Vedic Seers and Sages developed to assure a healthy life of 100 years and more. The ‘Jivem Sarda Satam’ would then become a reality in our own life time.

Cause of concern: 40 cases of Delta plus variant of Covid detected, states alerted