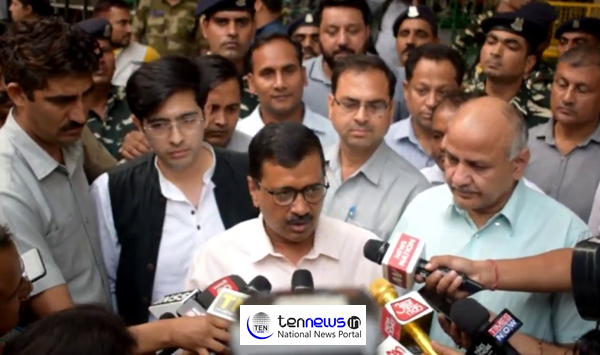 New Delhi: Ahead of the 2019 Lok Sabha polls, Delhi Chief Minister Arvind Kejriwal on Friday alleged that names of lakhs of voters had been axed from electoral rolls in Delhi and blamed the BJP for it. Kejriwal said that most people whose names have been deleted exist and the deletion had been done with mala fide intent. The procedure prescribed under law for deletion of names has not been followed in almost all cases, which raises suspicion about the motives.

“It, has come to our notice that names of lakhs of voters in Delhi have been deleted after last assembly elections. Most names have been deleted with mala fide intention. Procedure prescribed under law for deletion of names has not been” followed.”

He further said, “A cursory look on the deleted names showed that “most of them were AAP or Congress voters, Kejriwal claimed, alleging it might have been done by some officers “at the instance of BJP to prevent them from voting.”

“It appears to be a huge scam. Its implications on democracy are grave. Elections in Delhi would be a farce if conducted through these voters lists,” he added.