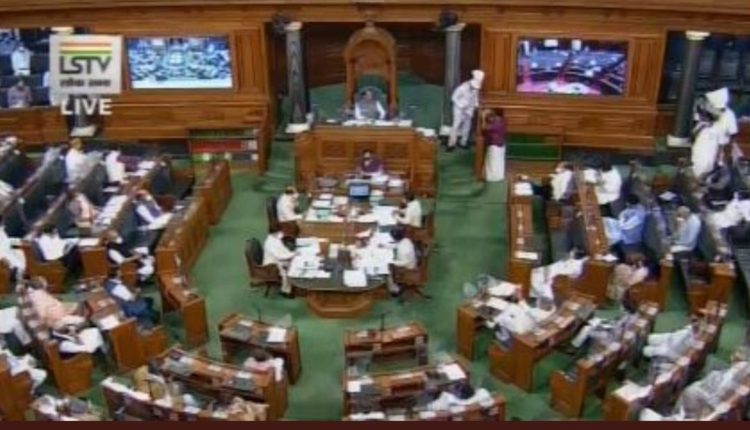 The first day of Lok Sabha’s monsoon was attended by 359 members from different political parties.

Before allowing MPs to proceed for day’s proceedings, a mandatory Covid-19 test was conducted by ICMR, in which 17 MPs tested positive for Covid-19.

“After the routine Parliament test for Covid and genome test it’s confirmed that ai have tested positive for the virus. I am currently in good health and spirits. I request everyone who has been in contact with me to get tested. Together we will fight and defeat corona,” BJP national spokesperson Meenakshi Lekhi tweeted.

Earlier in the day, Rajya Sabha pays tributes to former MPs Pranab Mukherjee, Beni Prasad Verma, Amar Singh and others who passed away recently. It was later adjourned for one hour in the honour of departed souls.

Meanwhile, utmost precautions were followed during the day’s proceedings to keep members safe from the virus.

As new members of the Rajya Sabha, including JMM’s Shibu Soren and DMK’s T Siva (Pic 4), took oath, even pens used by the MOs were changed after every usage.

Even the famous parliament canteen has trimmed down its services to cater to needs of parliamentarians in a safer manner. While a la carte dishes have been made completely off the menu, only packed thalis will be served by the canteen, keeping in view the safety and hygiene protocols.

Meanwhile, one of the MPs to test positive today, Hanuman Beniwal from Rashtriya Loktantrik Party, questioned the excercise and said that he has tested both positive and negative at two different government facilities, within a period of 24 hours.

Sharing two reports on twitter, he said, “My report came positive while I was tested at Lok Sabha whereas the same was negative while I got myself tested in Jaipur. Which one should I consider true”, he said demanding the Union Health Minister to take cognizance and conduct an enquiry on the alleged lapse.