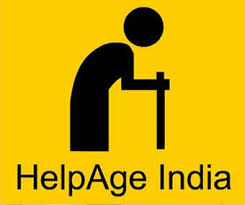 40% of elders want to be employed for ‘as long as possible’, reveals HelpAge India report

India is home to approximately 138 million elderly, forming nearly 10 percent of its population. The impact of COVID 19 was unprecedented and its impact on the elderly forced governments, institutions and society world over to change the frame from which the elderly are viewed. Elders were identified as the most vulnerable during the pandemic and the hardest hit. In the last two years, HelpAge has been researching the impact of the pandemic on the elderly with Covid 19 being the silent tormentor, but this year is significant, from the point of view of the time-lapse post the devastation of the pandemic and seeing early signs of recovery.

The report therefore, focuses not just on the core existential issues that elderly deal with on a day-to-day basis, but also takes stock of the entirety of their experience. Based on the UN Principles on Ageing of self-fulfilment, participation, independence, dignity and care, the aim of this report is to understand the overarching gaps, which prevent the elderly from living, happy, healthy and productive lives.

“The report brings out some startling facts and forces one to re-look at the frame through which we view our elderly. Elders are today aspiring to work, they don’t want to be viewed as only dependents, but as contributing members of society. Therefore, it is important that along with providing social protection for the poor & disadvantaged, we create an enabling environment for a large section of senior citizens who are willing and capable to contribute towards realising the longevity dividend. Meanwhile, family continues to play a critical role in impacting the quality of life for senior citizens. We must continue to nurture and support the family institution of caregiving. Post the pandemic, health, income, employment and social & digital inclusion, have become key areas within which gaps need to be addressed at both a societal and policy level, for elders to live dignified lives. The theme therefore we kept this year is Bridge the Gap,’ – says Rohit Prasad, CEO, HelpAge India.

The report is dip-stick study to understand the overarching gaps in income & employment at old age, health and wellbeing, elder abuse & safety and social & digital inclusion of elderly. It is based on a sample size of 4,399 elder respondents and 2,200 Young Adult Caregivers, largely across SEC A,B,C categories, across 22 cities in India.

However, when asked about the adequacy of income, nationally 52% elders reported it was inadequate. Meanwhile, a substantial 40% elders said they do not feel financially secure, citing their ‘incurred expenses are more than savings/income’ (57%) and Pension not being enough (45%) as the top reasons. This suggests both financial planning for later years and social security needs much greater attention. Meanwhile in Delhi, 52% of elderly say that their income is adequate, while 48% say it is inadequate. Overall about 71% elders in Delhi say they have financial security.

While this survey report largely reports the situation amongst the urban middle class, it only makes one question the plight of the poor urban and rural elderly, many who have no support system or adequate income or pension. HelpAge has been advocating for a Universal Pension of Rs.3000 a month, so that every elder can live life with dignity. The need to close this gap is more urgent now than ever, post the pandemic.

The key aspirations elderly have cited that are needed to create an enabling environment for employment opportunities are –  45% elderly suggested ‘Work from Home’ as the best means, 34% have asked ‘more respect be given to working elderly’ and 29% have asked for ‘increase in retirement age’ and ‘jobs exclusively for elderly’ each.  A national consensus appears between caregivers for ‘work from home (WFH)’ as the best way to employ senior citizens. In Delhi, 74% of care givers (which include family members) and 60% elderly says that WFH is best for them.

Role of family once again was critical in elder well-being, with 52% elders attributing feeling ‘love & cared for’ by family members, 78% elders stating that their family feeds them well & provides good food and 41% saying their family takes care of their medical costs.

One good news is that 87% elders reported there is availability of healthcare facilities nearby, however 78% elders mentioned unavailability of App-based /Online healthcare facilities and a significant 67% elderly reported, they do not have any health insurance at this critical stage in their lives and only 13% are covered under government insurance schemes. In Delhi, a whopping 98% elderly says that there are health facilities around, while 81% caregivers (including family members) confirm about some health facility around for senior citizens.

Post Covid the need for better health protection has strongly emerged with 49% elderly expressing their aspiration for improved health, through better health insurance and better health facilities each and 42% stating there should be more support from home. There needs to be an inherent systemic investment in elder healthcare, with more elder friendly facilities and healthcare schemes for elders.

“Time for Government to act on its promise of supporting and strengthening the family structure, to take better care of elderly.  The Insurance sector and schemes – both government and private – needs to better address the health insurance needs of elderly, and it’s time for Employers to take off their ageist glasses and give elderly a chance to prove their mettle,” says Anupama Datta, Head – Policy & Research, HelpAge India.

Elder abuse is a sensitive subject amongst most Indian families and the report throws up sharp contrast on the perception of the existence of abuse to admitting the experience of abuse personally. Nationally 59% elders feel that elder abuse is prevalent in society, while only 10% elders admitted to being a victim of elder abuse, with relatives (36%), Son (35%) & Daughter-in-law (21%) being the top 3 perpetrators. Disrespect (57%), verbal abuse (38%), neglect (33%), economic exploitation (24%) and an alarming 13% elders experienced physical abuse, in the form of beating and slapping. In Delhi, 74% elderly feel that such abuse is prevalent in society while 12% were themselves victims. Elders attribute the abuse to their sons’ (35%) and daughters’ in law (44%) as the biggest perpetrators of abuse.

With regard to prevention of abuse, 58% of elderly nationally opined that ‘counselling to family members’ is required, while 56% of elderly said to deal with abuse ‘time bound decisions’  and an age friendly response system needs to be put in place at a policy level.

Sadly, 46% of the elders are not aware of any abuse redressal mechanism, with only 13 % aware of the ‘Maintenance and Welfare of Parents and Senior Citizens Act, 2007’. This throws up a stark need to have more robust awareness mechanisms put in place at a systemic level across the country, through extensive campaigns, media outreach etc. In Delhi, 38% elderly say that they are not aware of redressal mechanism for abuse, even as this goes to a high of 80% for Bengaluru, and 84% for Raipur.

Social inclusion brought out mixed responses with 78% elders feeling involved in family decision-making by their caregivers at home, yet 43.1% elders felt neglected by younger generations and feel left out.

With a huge boost being giving to digital India across the board, and the constant evolvement of new digital technology, our elders are still far behind with 71% elders not having access to smart phones. Those who do, have not yet optimized its benefits and use it primarily for calling purposes (49%), social media (30%) and banking transactions (17%). 34% of users of smart phones meanwhile stated, they need someone to teach them. In Delhi, 47% elderly say they use smartphone, 44% mainly using  for only calling purposes and  37% to access social media.

Lack of access to digital technology also impacts access various online facilities in areas of health, especially at an era where tele-health is gaining ground, access to daily need goods which the pandemic has shown made it very difficult for elders to access during the lockdowns, communication among a host of others. In Delhi, 76% of elderly feel that they should be given training for digital inclusion so that it becomes easier for them them to operate bank accounts, do UPI payments, and access social media.

These gaps need to be closely looked at and addressed. Today, the lifespan of the elderly are far longer and many live well into their 80s & 90s, it is there imperative that they lead their second innings with dignity and are given equal & adequate opportunities and access, to fulfil their basic needs, improving their quality of life.

HelpAge India is a leading charitable organization working with and for older people in India for the past 44 years. It runs healthcare, age care and livelihood programs throughout the country & advocates strongly for the cause of the elderly and fights for their rights. It also advises & facilitates the Government in formation of policy related to the elderly. In disaster situations, it looks not only at relief, but also rehabilitation measures, so elders are empowered and able to self-sustain themselves in the long run. It recently became the first and only Indian organization to be honoured with the ‘UN Population Award 2020’ for its exemplary work in the field of ageing, relief efforts work during the Covid 19 pandemic and recognition of the organization’s outstanding contribution to population issues and efforts in the realization of older persons rights in India.

Catching the lawmakers: A firsthand account of getting in touch with MPs of Delhi