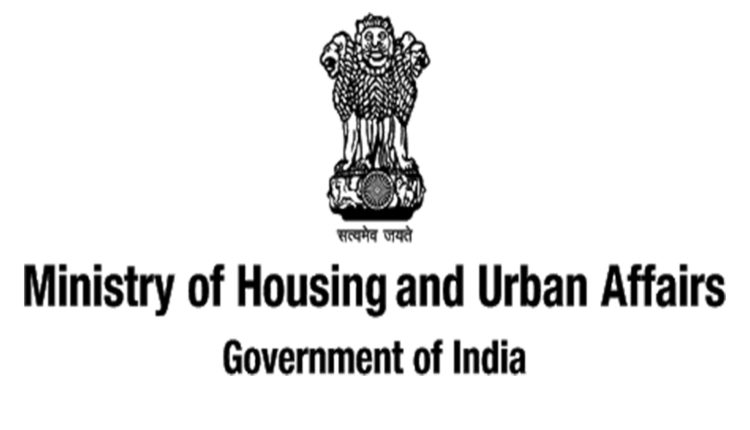 Shri Hardeep S, Puri, Minister of State (I/C) for Housing and Urban Affairs, hs informed that for the assessment year 2019-2020, a total of six cities have been certified as 5-Star (Ambikapur, Rajkot, Surat, Mysuru, Indore and Navi Mumbai), 65 cities as 3-Star and 70 cities as 1-Star.  While announcing the results of the Star Rating of Garbage Free Cities, here today, Shri Puri also launched the revised protocol for the Star Rating of Garbage Free Cities at the event. The Star Rating Protocol was launched by the Ministry in January 2018 to institutionalize a mechanism for cities to achieve Garbage Free status, and to motivate cities to achieve higher degrees of cleanliness. Shri Durga Shanker Mishra, Secretary, Ministry of Housing & Urban Affairs and senior officials of the Ministry were also present.

Addressing the media, the Minister said, “The importance of sanitation and effective solid waste management has been brought to the forefront now due to the COVID crisis. In fact, it would not be an exaggeration to say that the present situation could have been much worse had it not been for the critical part that SBM-U has played in the last five years to ensure a high degree of cleanliness and sanitation in urban areas. Five years ago, we introduced Swachh Survekshan (SS), the annual cleanliness survey for urban India that has proven immensely successful when it comes to improving urban cleanliness through a spirit of healthy competition. However, since it is a ranking system, several of our cities, despite doing exceptionally well, were not being recognized appropriately. The Ministry, therefore, devised the Star Rating Protocol for Garbage Free Cities – a comprehensive framework similar to our examination systems where each ward in every city must achieve a certain standard across 24 different components of solid waste management (SWM) and is graded based on overall marks received”. He further added, “Our aim is to institutionalize as well as bring consistency and transparency when it comes to SWM. This certification is not only an acknowledgement of the clean status of Urban Local Bodies and strengthened SWM systems but also a mark of trust and reliability akin to universally known standards. Moreover, the performance of cities under the Star Rating Protocol is crucial as it carries significant weightage when it comes to their final assessment in Swachh Survekshan.”

The protocol has been devised in a holistic manner including components such as cleanliness of drains & water bodies, plastic waste management, managing construction & demolition waste, etc. which are critical drivers for achieving garbage free cities. While the key thrust of this protocol is on SWM, it also takes care of ensuring certain minimum standards of sanitation through a set of prerequisites defined in the framework.

Also present at the conference was Shri Durga Shanker Mishra, Secretary, MoHUA who added, “To ensure that the Protocol has a SMART framework, we developed a three-stage assessment process. In the first stage, ULBs populate their progress data on the portal along with supporting documents within a particular timeframe. The second stage involves a desktop assessment by a third-party agency selected and appointed by MoHUA. Claims of cities that clear the desktop assessment are then verified through independent field level observations. In the recent phase of Star Rating Assessment, 1435 cities applied. During the assessments, 1.19 crore citizen feedbacks and over 10 lakh geo-tagged pictures were collected and 5175 solid waste processing plants were visited by 1210 field assessors.  While 698 cities cleared the desktop assessment, 141 cities have been certified with Star Rating during field assessment. The low number of certifications signifies the rigorous and robust certification mechanism of the protocol”.  Launching the revised protocol for the Star Rating Framework, Shri Mishra elaborated, “Our endeavor is to constantly revisit and strengthen the framework basis the feedback received from cities. The new protocol will consider ward-wise geo-mapping, monitoring of SWM value chain through ICT interventions like Swachh Nagar App and zone-wise rating in cities with population of 50 lakh+”.

Additionally, in the light of the COVID crisis, MoHUA has issued detailed guidelines to all States and cities on special cleaning of public places and collection and disposal of bio-medical waste from quarantined households. MoHUA, in the first week of April, also revised its hugely popular citizen grievance redressal platform, Swacchata App in order to enable citizens to get their COVID-related issues also redressed by their respective ULBs. Touching upon the aspect of safety and well-being of sanitation workers, the Minister added, “MoHUA has also issued an advisory in this regard which touches upon the aspect of provision of PPEs, health-check-ups and payment of regular wages to sanitation workers. I am happy to see that the services of sanitation workers are being duly recognized by authorities and citizens alike. Cities have also undertaken several other innovations to tackle COVID – some cities have been making use of drones for the sanitization of public areas while others have been making extensive use of fire tenders for the same. Cities like Ghaziabad have done commendable work in provision of food and shelter to needy.  Technology has been leveraged to provide all essential services to citizens and monitor the status of Quarantined Homes.”

He added, “My Ministry is aware of the adverse impact in terms of financial stress during lockdown. A Special Micro-Credit facility for the Street Vendors to facilitate easy access is being launched to support nearly 50 lakh vendors.  Similarly, to mitigate the hardships of urban migrants be it workers in manufacturing industries etc, Affordable Rental Housing Complexes (AHRCs) is being launched.”

Elaborating on the way forward for the Mission, the  Minister said, “Our vision is to ensure holistic and sustainable sanitation across urban India through effective faecal sludge management through safe containment, transportation, disposal and processing along with 100% wastewater treatment in cities before discharging into water bodies, and their maximum possible reuse. We also intend to achieve 100% scientific and resource efficient SWM based on 3R and circular economy. While we will continue our work on the fundamentals of SWM, i.e. effective collection, segregation and processing, our focus will also include bioremediation of all dumpsites, single use plastic free India and efficient construction and demolition waste management. We are confident that in the next phase of SBM – U, we will be able to make all our cities ODF+ and at least 3-Star Garbage free certified and our cities and towns will continue to set new benchmarks in Swachhata thus paving the way for a “Swachh”, “Swasth”, “Shashakt” and “Sampann” AtmaNirbhar  New India.

Since its launch in 2014, Swachh Bharat Mission-Urban (SBM-U) has made significant progress in the area of both sanitation and solid waste management. Today, 4324 Urban Local Bodies (ULBs) have been declared ODF (4204 certified ODF), 1306 cities certified ODF+ and 489 cities certified ODF++.  Moreover, 66 lakhs individual household toilets and over 6 lakhs community/ public toilets have been constructed/ or are under construction. In the area of solid waste management, 96% of wards have 100% door-to door collection while 65% of the total waste generated is being processed.