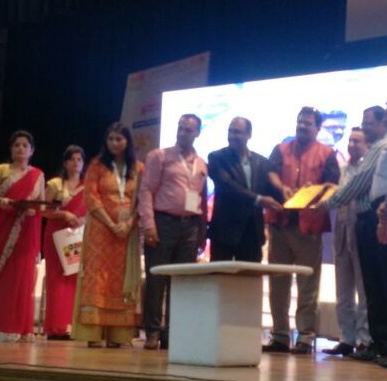 The theme of the Conclave was “Youth for New India” (To actualise PM Narendra Modi eight point dreams for 21st century New India) & Award function commenced with the Welcome of Chief Guest Sh. Suresh Prabhu Jee, Hon’ble Union Minister, Govt of India. The program started with invocation of the blessings of Maa Saraswati by Lighting of the lamp by the guests. The programe started with 1st panel discussion on the topic “Aspiration of youth for building ‘New India’ and How youth can contribute for building ‘New India’”

The prime objective of the Conclave was to provide a bridge to the private universities/colleges and government departments, academicians as well as the policymakers so that each understands the role of private institutions in skilling the youth to be an active player to build NEW INDIA with the help of Make in India & start UP India campaign.

#KarnatakaFloorTest: We won in Supreme Court, now, democracy will win in Karnataka: Congress