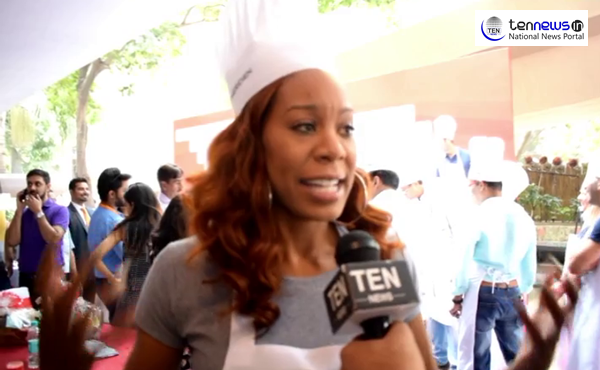 New Delhi: Most runners know they should eat pasta, rice, potatoes, or other high-carb foods before a half or full marathon. After all, carbs are a great source of energy, and you need a lot of energy to cover long miles.

Food and hydration are very important for running performance, but there are a lot of misconceptions out there. For starters, over the last three decades or more, there has been talk about carbohydrate-loading to build up to the race. Many runners who buy into that idea eat a pasta dinner the evening before the race.

As the city gears up for the world‘s most prestigious half marathon. 2018 Airtel Delhi Half Marathon International Event Ambassador Sanya Richards-Ross, Superman Puma Athlete Jonty Rhodes along with Event Partners were seen trying their hands out at a traditional carboloading Pasta Cookout Challenge at Hotel Le Meridien in New Delhi.

“I have been a part of a couple of half marathons before, once was in Argentina. I believe that most of the participants are actual athletes and there is a different feel to the whole surroundings of a race day. The whole city is also involved, and I really admire the energy and passion that the runners show at the starting line.”