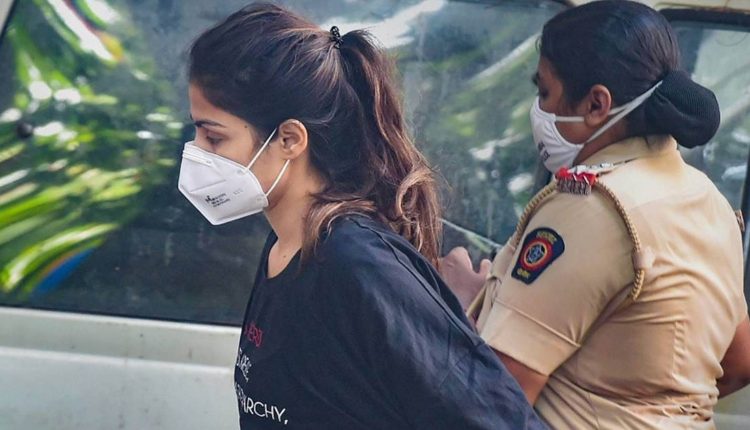 After over a year, NDPS court allows to defreeze Rhea Chakraborty’s bank account

After over a year, the Special Narcotic Drug and Psychotropic Substances (NDPS) court in Mumbai on Wednesday allowed actor Rhea Chakraborty’s application to defreeze her bank account and to release her gadgets that were seized, subject to certain conditions.

The court has ordered to return her laptop, mobile phone and other gadgets seized during the investigation into late actor Sushant Singh Rajput death case.

After “no strong opposition” from the NCB, the court ordered the return of the gadgets on executing “Indemnity Bond” for Rs one lakh.

“Applicant/accused is directed not to sell or dispose off the above articles in any manner till the final disposal of the case and to produce it as & when required in the case,” read the court’s order.

Sushant’s demise led to a series of developments including the Central Bureau of Investigation (CBI) probe and an investigation into the alleged drug nexus in Bollywood by the Narcotics Control Bureau (NCB).

The NCB filed a case in August 2020 after it received official communication from the Enforcement Directorate (ED), in which there were various chats related to drug consumption, procurement, usage, and transportation.
The NCB had frozen Rhea’s bank accounts and fixed deposits after her arrest on September 8 that year, to which she claimed that it was done without a reason and is causing grave injustice and prejudice to her.

The ED had on July 31, 2020, registered an Enforcement Case Information Report in the late actor’s death case after a First Information Report (FIR) was filed by Rajput’s father KK Singh against Rhea Chakraborty in Bihar on July 28, last year.

Rhea Chakraborty was in a relationship with Rajput at the time of his death on June 14, 2020, when he was found dead in his bedroom.