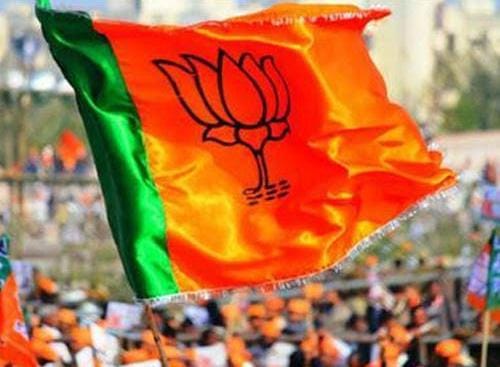 Ahead of MCD Polls, BJP to set up ‘Namo Sewa Kendras’ to reach out to slum dwellers

New Delhi, January 17: The Delhi BJP will open ‘NaMo Sewa Kendras’ in slum settlements of the city ahead of the civic polls later this year to ensure central government schemes reach the people, said the party leaders on Sunday.

Stating about the same, The party leaders said,” To ensure central government schemes reach the people, the Delhi BJP will open ‘NaMo Sewa Kendras’ in slum settlements of the city ahead of the civic polls later this year and is waiting for the current Covid wave to subside.”

Delhi BJP president Adesh Gupta said, “Our preparation to open these NaMo centres is complete. Hopefully, the cases of COVID will start declining in the coming week after which we plan to open the centres in the slum clusters of around 20-22 assembly constituencies that were part of our ‘Jhuggi Samman Yatra’ last year.”

Delhi BJP secretary and in-charge of the party’s Jhuggi Jhopri (JJ) cell, Neeraj Tiwari, said the ‘NaMo’ centres follow the principle of ‘Antyodaya’ which ensures the upliftment of the last person standing in a queue, from any section of society.

“We have planned to open ‘NaMo Sewa Kendras’ in each of the 70 assembly constituencies for which all preparations have been made. Our focus will be on those constituencies where slum dwellers face basic problems like poor water supply, inflated electricity bills, and lack of sewer and sanitation,” Tiwari added.

According to Tiwari, an estimated 20 lakh people dwell in Delhi’s slum clusters, with the majority of them being from Uttar Pradesh, Bihar, Jharkhand, and Bengal. They work in factories as unskilled or semi-skilled labour, as domestic help, drivers, and street vendors.

Tiwari added, “Amid rapid urbanisation, these slum clusters exist at the lowest level of basic amenities like clean drinking water, sewerage and sanitation, health facilities among others. Each NaMo centre will act as a bridge to fill this gap and ensure people living there get all the benefits of the central government schemes.”

#MCDPollsAhead of MCD pollsBJPBJP to set up 'Namo Sewa Kendras' to reach out to slum dwellersDelhi.
Share FacebookTwitterGoogle+ReddItWhatsAppPinterestEmail