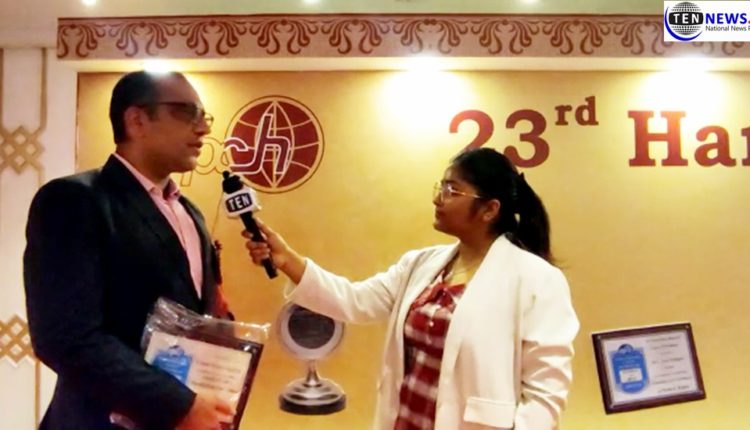 New Delhi, June 29, 2022: On Tuesday, the Export Promotion Council of Handicrafts organized its 23rd Handicrafts Exports Awards. The awards honor the exporters who have made significant contributions to the country’s development and exports of handicrafts.

Chanakya International was one amongst many of those exporters. The company specializes in luxury handicraft items. The CEO of the company dedicated his award to his whole company. “It’s a team effort. It’s not about a single individual,” he said. “It is good to be recognized because it encourages us.”

“In India, we have a great pool of artisans, which is not available elsewhere in the world, so there are a lot of opportunities for us to tap more of the world,” he said regarding the opportunities in the industry. “The challenges of course is getting the training levels, and also getting the people to come from their villages and train them well, but I think that it is the part of the game, so that’s fine.”

“The EPCH has been a valuable partner,” he said. “They keep updating us regularly with their schemes and they tell us where we can improve. So, it’s always about a good partnership which I feel is very important to us.”

“Just because we have an award today, doesn’t mean we have to stop,” he said as a message to other exporters. “Aim higher, aim better, and put India on the world map.”