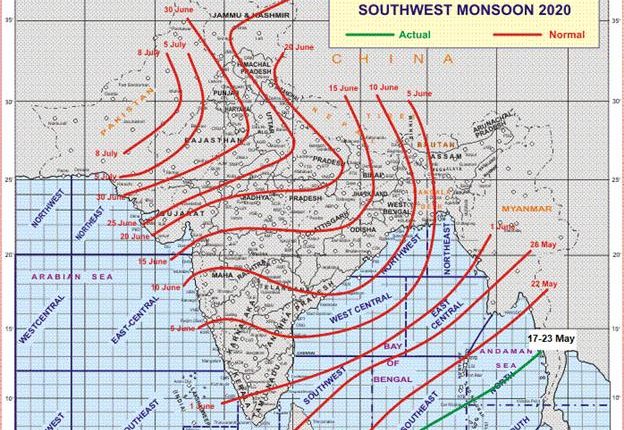 Heat wave conditions in isolated pockets very likely over Madhya Pradesh and southern parts of Uttar Pradesh during next 4-5 days;

over Coastal Andhra Pradesh &Yanam and Telangana during next 3 days;

heat wave condition likely to develop over Marathwada and Rayalseema after 24 hours.

Heavy rainfall at isolated places over parts south peninsular India during 26th-27th May, 2020.

The IMD has forecast Heat wave to severe heat wave conditions over Northwest, Central and adjoining Peninsular India during next 5 days b) Intense rainfall activity over Northeast India during 25th – 27th May, 2020.