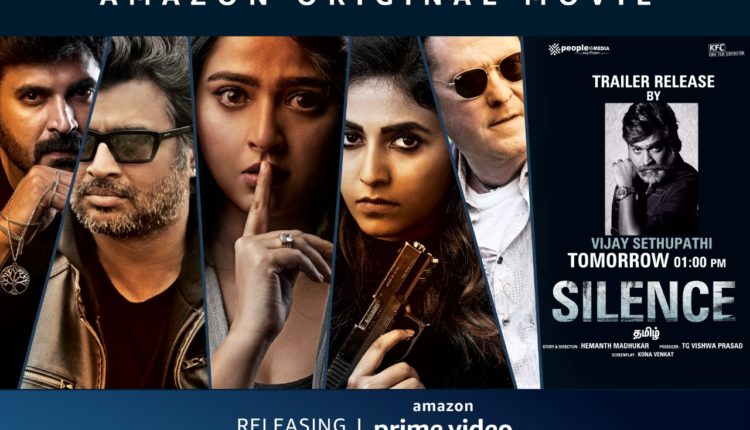 Creating buzz with the unveiling of the film’s motion poster, Amazon Prime Video today released the trailer of Anushka Shetty and R Madhavan’s highly awaited suspense thriller, Nishabdham. Titled Silence, in Tamil and Malayalam, the film marks the India debut of Michael Madsen and also stars Anjali, Shalini Pandey, Subbaraju and Srinivas Avasarala in pivotal roles. The streaming service also released a new poster of film that shows the
actors donning the intense looks. Prime Members in India and in over 200 countries and territories can stream the film starting October 2 on Amazon Prime.

Sakshi, a talented artist who is deaf and mute, gets entangled in a criminal investigation when she unexpectedly witnesses a tragic incident that occurs in a villa with a reputation for being haunted. With a team of police detectives determined to get to the bottom of the case and the list of suspects ranging from a ghost to a missing young girl, Nishabdham promises to be an edge-of-the-seat thriller that will keep the audience guessing until the very end.