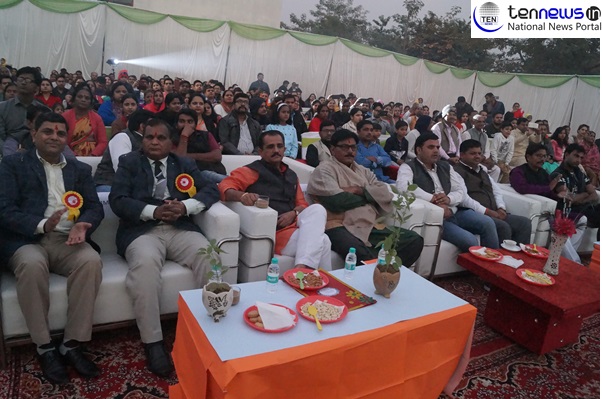 Dhirendra Singh , MLA , Jewar , GBN graced the occasion as Chief guest for the event who was welcomed by Dr. Himanshu Rana principal of the school by presenting a plant sapling. While Nishank Sharma, DSP Greater Noida was the special guest for the evening. The spectacular evening began traditionally by lighting the lamp there after school students presented the annual report highlighting the achievements of the school and the students. Program proceeded with cultural performance in which students depicted graciously the effects of global warming and gave a message about what needs to be done in this context to save the environment.

Tiny tots dressed in colorful attires, rocked the stage with their dance performance. The most attractive part of the program was the acts which presented the diversity and various culture of our country. The magnificance of the event didn’t allow anyone in the audience to leave their seats.

Speaking at the event, Dhirendra Singh, MLA said “After so many invasions and decades of ruling by colonial power, we are still standing with pride and heading towards becoming superpower. Sooner this Greater Noida will be a world class city but we also have to keep in mind that whether we will have the proper availability of fresh air which will be required in future. We have to change our life style so that our upcoming generations can get pure oxygen.”

He also appreciated the cultural performances of students and thanked everybody. Further different dance performances were presented by students.