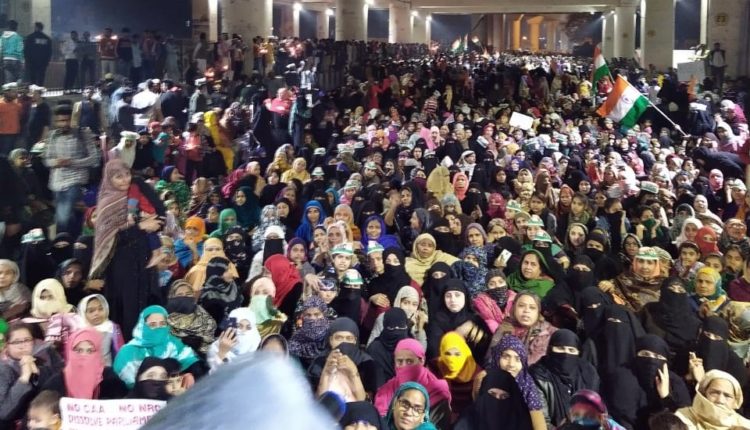 The Delhi Metro Rail Corporation (DMRC) on Sunday morning closed the entry and exit of the Jaffrabad station in Northeast Delhi amid a protest against the Citizenship Amendment Act (CAA) outside the station. In a tweet, the DMRC also said trains will not stop at this station.

A section of the protesters conducting a sit-in demonstration against the Citizenship Amendment Act at Seelampur in North-East Delhi blocked the Seelampur-Jaffrabad main road late night on Saturday 22 February.

Concerning the situation around 1 AM on 23 February, there was heavy police deployment in the area was done but protesters still remained gathered in front of Jaffrabad metro station. So in response to that Delhi Metro Rail Corporation (DMRC) Sunday morning closed the entry and exit of the Jaffrabad station.

The women, carrying the national tricolour and raising slogans of ‘aazadi’, said they would not move from the site till the Centre revoke Citizenship (Amendment) Act, PTI had reported. They also tied a blue band on their arm and also raised ‘Jai Bhim’ slogans.

The women had blocked road No. 66 which connects Seelampur to Maujpur and Yamuna Vihar. Another protest against the CAA is already on near the main Seelampur road and Kardampuri.