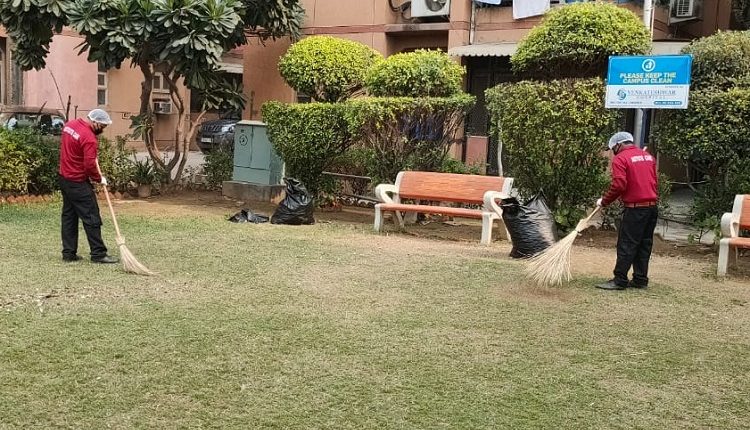 New Delhi, January 19th, 2021: In the run-up to 72nd Republic Day of India, Astute Care has launched a cleanliness campaign called ‘Delhi Swachhta Abhiyaan’. As part of the campaign, the facility and home sanitization major has pledged 100 hours of cleanliness drive in the capital city flagging off from Vasant Vihar, Delhi today.

The Delhi Swachhta Abhiyaan aims to ‘take a small step to make a big difference’. In addition to cleaning public regions, the cleanliness drive at Vasant Vihar locality of New Delhi was run for around 3 hours. The campaign would further create consciousness vis-à-vis waste management for a ‘Cleaner and Greener’ Delhi.

Speaking about the initiative, Capt. Shaji Kumar, Founder, Astute Care said, “At present, awareness is the need of the hour and it is imperative for meeting hygiene standards across industries and the nation at large. The government has played its part well with nationwide Swachh Bharat Abhiyaan. Now, we envision carrying the torch forward with the launch of our Delhi Swachhta Abhiyaan, a 100-hour cleanliness drive. Ahead of Republic Day, Astute Care will not only clean relevant regions but also increase people’s awareness around how they can contribute to nation-building by becoming a part of the movement. We have planned to cover most of the South Delhi region in the first phase.”

Four cleaning crews and one executive will gather at a given region and start sweeping to make the place neat and clean. Astute Care will also collect trash and dispose it in the nearby MCD disposal centre.