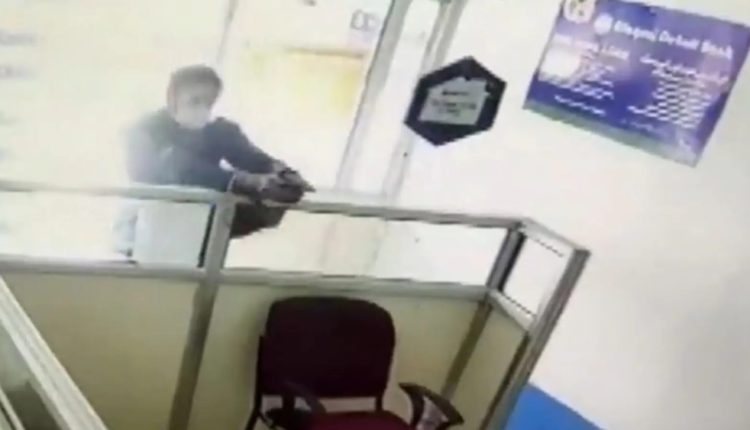 Jammu & Kashmir (02/06/2022): A bank manager was shot dead by terrorists in the Kulgam district of Jammu and Kashmir, police said on Thursday.
“Terrorists fired upon a bank manager at Ellaqie Dehati Bank at Areh Mohanpora in Kulgam district. He received grievous gunshot injuries in this terror incident. He is a resident of Hanumangarh, Rajasthan. Area cordoned off,” police said.

He succumbed to his injuries, police added.

Meanwhile, people belonging to the Hindu community employed in Kashmir staged a protest in Jammu and demanded security for members of their community.

Earlier on Tuesday, a 36-year-old migrant Kashmiri Pandit and high school teacher Rajni Bala was shot dead by terrorists in the Kulgam district of Jammu and Kashmir.
Over the last two months, two civilians – including Kashmiri Pandit employee Rahul Bhat — and three off-duty policemen were killed in Kashmir by terrorists. Union Home Minister Amit Shah and Jammu and Kashmir Lieutenant Governor Manoj Sinha are likely to hold a high-level meeting here in the national capital on June 3 over the killings of Kashmiri Pandits in the Union Territory in the last few days, official sources said.