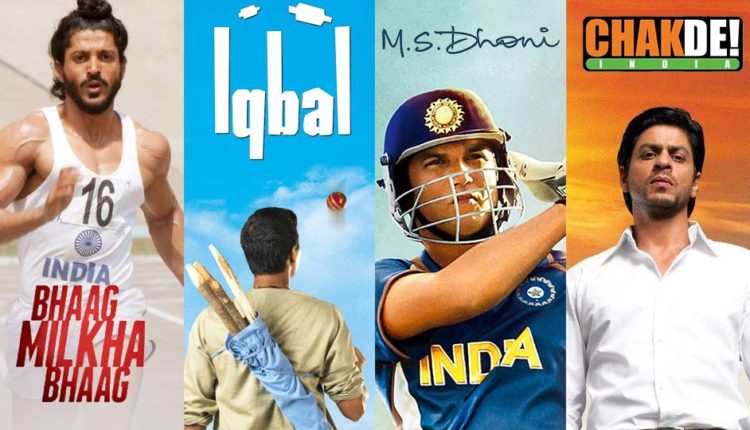 Best Bollywood Sports Movies That Every Sports Lover Should Watch

Bollywood and its movies have touched close to all sorts of genres and themes. But, the movies about sports are into another level of popularity. Stories of a forgotten hero, or an uprising star, fighting against situations for fulfilling his dream, makes us believe in ourselves. Sprinkle a sub-plot of romance, and the recipe of a blockbuster is ready.

In this article, we will talk about a few of those films that have successfully portrayed the true essence of sports into the silver screen.

The film Chak De India was released in 2007. The heart-melting story of the Indian National Hockey team fighting against odds for winning the Hockey World Cup would touch every movie lover. Shah Rukh Khan has also done justice with the character of the beleaguered former hockey team captain. The former captain guided the team throughout their world cup journey and brought the taste of winning along with pride. The thrilling experience of India vs. Australia’s final match is truly unexplainable. And, who can forget the awesome “Sattar Minute Speech” of SRK?

Yet another Bollywood film filled with hope, affection, and nuances of lovable relationships. The fictional story places the viewers into the British ruled India. The film depicts how villagers from a small village defeated a group of Englishmen in a game of cricket and avoided increased taxes, which was forcefully imposed on them. The movie was created with a mammoth budget of 250 Million Rupees. And, this is also the third Indian movie to be selected in the Best Foreign Language Film section of an Academy Award.

This Indian Romance crime movie was released in 2008. Imran Hashmi, the protagonist of the film, performed the role of a street-smart young man, looking for opportunities to make quick bucks. His love interest gives him reasons to get away from his ordinary life and become rich. Then, he leaves his affection for playing small-time card games and becomes a bookie. His new rich life changed the entire scenario as well as his lifestyle. The film tasted a huge success worldwide.

Betting on sports is still a life-changer for many people. And, because of the emergence of online booking sites, you no longer need to visit the ground for betting on the team you want. Through these sites, you can wager amounts on your preferred teams and individuals, and in turn, can win life-changing amounts. If you are looking for efficient online sports betting sites, you can visit https://sport.netbet.com/in/. The site offers to bet in almost all-leading sports, including cricket, tennis, football, basketball, ice hockey, volleyball, golf, rugby, and many more.

A film based on the true story of Milkha Singh, India’s Flying Sikh. Milkha Singh was the man, who made India proud by winning an Olympic medal. The Biopic arrived at the theaters in 2013. Farhan Akhtar was in the leading role. The inspiring story, the prolific cinematography, and the soul-awakening background score are enough to make you motivated.

Iqbal is the story of a deaf and dumb village boy, who dreams of playing cricket for India one day. The film appeared in 2005. It minutely describes the boy’s journey towards his dream. Naseeruddin Shah played the role of an alcoholic ex-player, who guides the boy and gives him chances for reaching his dream. Shreyas Talpade was the protagonist of the film, performed his role with sheer perfection.

Every sports and film lover should watch these films in the first place if they want to experience the real excitement of sports on silver screens. Portraying the accurate excitement level of live sports in a scripted film is always a tricky and challenging task. But, these are the films, which have been succeeded in doing that.

6 Awesome Ways To Have A Birthday Bash At Home