Beyond the sight: Women Farmers and the Farmers Movement

The kind of images that form in our minds when we think of a word that has a special social meaning for us. Just like the word farmer, in the minds of most of us, the image of a farmer plowing a field and looking at the sky with a hopeless gaze comes to mind.

These images do not show images of women farmers. This means that the farmer is a man in the sense of the word, not a woman. So this is beyond reality. Agriculture has a history of thousands of years and women have a very important role in this. Without women, there can be no agriculture. Because agriculture has been invented by women.

According to agricultural statistics, about 73.2% of women in rural India work in agriculture. But only 12% of women own farm land. The Supreme Court had ruled that in 2020, women have the same right to inherit property as men.

Even today, society, culture, religion, tradition, everywhere, it is mentioned that agriculture is the business of men. According to The India Human Development Survey, 83% of agricultural land is owned by men, while only 2% is owned by women. This means that women are not considered farmers and are not seen as heirs to agriculture because farmland does not belong to them.
Answering all these questions, Kavita Kuruganti, a member of the Alliance for Holistic Agriculture Organization in Karnataka and a member of the group who interacted with the government as a representative of farmers protesting the current agricultural law, said that in a patriarchal society, most agricultural land belongs to men. And it is a fact that even the produce is owned by men but we have to understand that a woman is also a farmer. After independence, the participation of men in agricultural policy and agricultural technology became more educated and efficient. Therefore, agricultural policies and technology also became such that only the farmer brothers i.e. men were mentioned. In other words, inventions like tractors, irrigation systems and machinery were made to save labor time to alleviate the problems of male farmers. But nothing has been done to solve the problems of women farmers, such as sowing seeds, cutting grass between crops, removing cotton, cleaning cotton.

Good techniques would have been developed for such work. But technology has not developed on this because women are more involved in all these activities.

According to Oxfam, women’s participation in government committees and implementation of agricultural schemes is only 2.3%. If you are currently in a village, you will notice how many women are working as agricultural assistants in your panchayat and surrounding areas.

According to the 2019-20 Economic Survey, the participation of women in agriculture has increased more than ever before due to high migration in this financial year. This means that young people are migrating from rural to urban areas in search of employment and women are taking on more and more responsibilities to take care of household farming. However, as a farmer, Satbara is not registered and women do not get the benefit of government schemes as they are not registered. If women are also considered as farmers, then crop insurance scheme, crop loan, debt waiver, government assistance can also help the family but it does not happen.

But this does not mean that the issue of repeal of new agricultural laws is not related to women farmers.

The fact is that the issue is as much for male farmers as it is for female farmers. Or it can be said that women farmers are more concerned with this question than male farmers. For example, if a legal guarantee of MSP is obtained, the income will increase. Only then will living standards improve. This is the reason why a large number of women farmers have joined the agitation on the Delhi border. 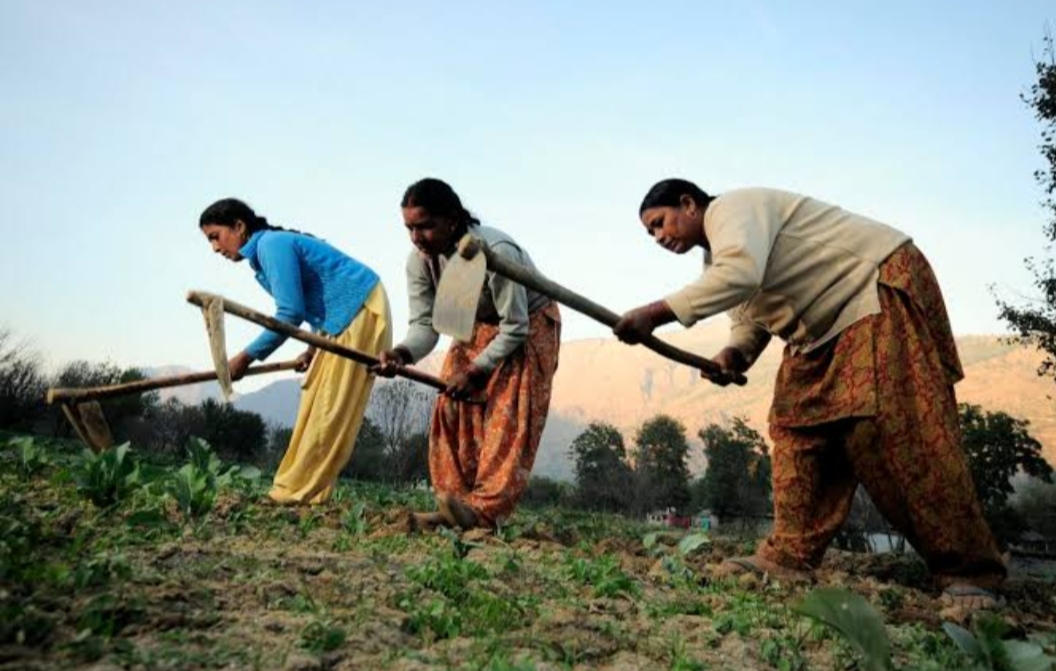 An earthquake of magnitude 3.6 on Richter Scale hit Ladakh at 5:11 am: National Center for Seismology