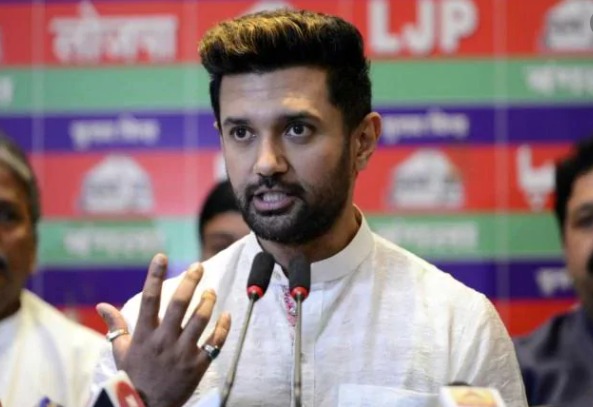 Lok Janshakti Party on Tuesday announced Chirag Paswan as the Chief Minister candidate of the party for the upcoming Bihar Assembly elections.

Making a shocking demand, LJP national general secretary, Shahnawaz Ahmad Kaifi also said that the party should fight on 143 seats. LJP has been a long time ally of BJP and they had fought the last elections together.

This comes amid reports of confusion in the National Democratic Alliance (NDA) over seat-sharing in the state.

Kaifi, however, said that he has made Chirag Paswan aware of the demands being raised by the party workers and members.
“Chirag Paswan is definitely the Chief Minister candidate of our party, there is no doubt about it. The leaders, workers in our party are of the same opinion,” Kaifi told a news agency.

“The party members also believe that we should fight on at least 143 seats in the elections. I too would urge the party to fight on these many seats,” he added.
He further said that Chirag Paswan’s decision in this matter would be a final one and it would come shortly.

Bihar has 243 Assembly seats and elections in the state are due and expected in October-November as the tenure of the current Assembly will end by last November this year. The Election Commission has not yet taken a final call on poll dates in Bihar.