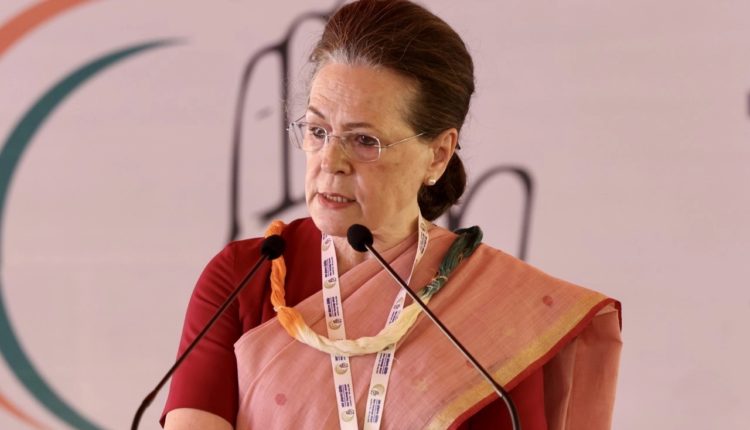 New Delhi (13/05/2022): Congress interim president Sonia Gandhi on Friday launched a scathing attack on the Narendra Modi-led BJP government at the Centre stating that the Bharatiya Janata Party (BJP) wants to keep people in a “perpetual state of frenzy” by provoking and instigating”.

The remarks of Gandhi came while addressing a three-day ‘Nav Sankalp Chintan Shivir’ in Rajasthan’s Udaipur.
Urging members of the party to combat BJP’s divisiveness, Sonia Gandhi said, “Most Indians want to live in an atmosphere of peace, amity and harmony. BJP, its cohorts and surrogates want to keep people in a perpetual state of frenzy. They constantly provoke, instigate, and inflame.”

“We’ve to combat this virus of divisiveness that’s being maliciously spread,” she said while addressing the Chintan Shivir to discuss ‘communal polarization’, farmers’ issues and strengthening the party for the upcoming elections.