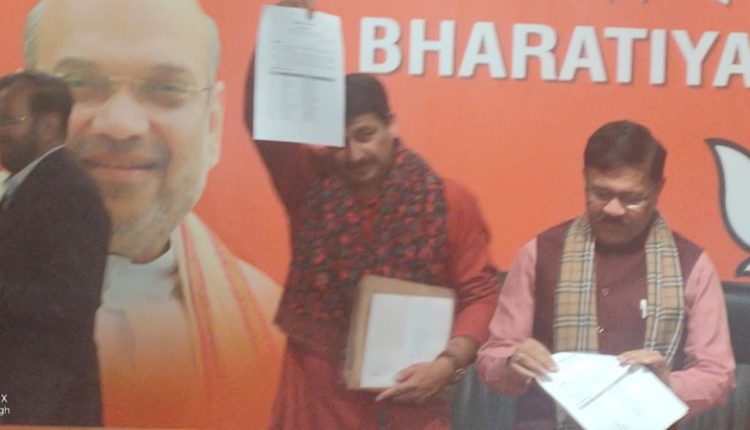 New Delhi : Bharatiya Janata Party has announced its first list of candidates for Delhi Assembly Elections 2020, due to be held on February 8. The BJP Delhi chief Manoj Tiwari announced a list of nominees for 57 out of 70 seats.

The BJP has fielded 11 SC candidates and four women. The party has given a ticket to three Congress turncoats – Sanjay Singh, Surendra Singh Bittu and SC Vats. BJP has also fielded AAP turncoat Anil Vajpayee. He has been given a ticket from Gandhinagar.

Interestingly, the party has held back the name of the leader who will be contesting against Arvind Kejriwal in New Delhi constituency.

The ruling Aam Aadmi Party had named candidates for all 70 seats in the national capital on Wednesday. While as per source Congress will only declare his candidates after other two parties declared their picks.