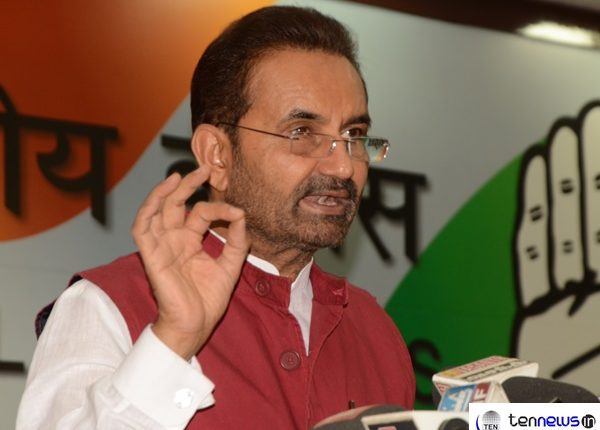 New Delhi: Prime Minister Narendra Modi On Sunday, Started his roadshow from Nizamuddin Bridge and travelled 6 km in an open jeep on the newly inaugurated Delhi-Meerut Expressway. He then few to Baghpat in Uttar Pradesh to inaugurate the much-awaited Eastern Peripheral Expressway (EPE), built at a cost of Rs 11,000 crore.

Speaking at the Inauguration of Eastern Peripheral Expressway PM modi lashed out at the Congress and the other opposition parties for joining hands with an aim to take on the Bharatiya Janata Parrty (BJP). Hitting out at the opposition parties, he said: “there is a limit to playing politics.”

Addressing the Media today, Congress spokesperson Shakti Singh Gohil said, “BJP government is not all sensitive towards sugarcane farmers neither working to resolve all the problems. PM modi is silent on critical issues, he did not make things easier by holding no interactions with the press during the entirety of his tenure. ‘Ache din aane vale hai jumle vale din jaane vale hai’, This slogan will come true in coming days.”