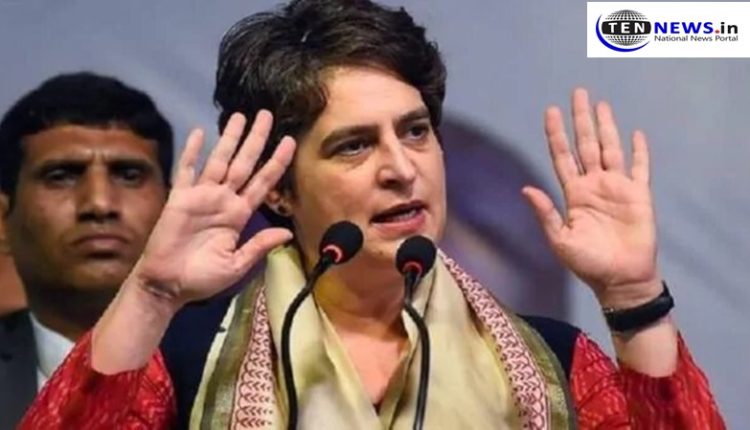 Cong unable to convert hard work into votes in UP: Priyanka Gandhi Vadra

New Delhi, March 10: As Bharatiya Janata Party (BJP) is set to return to power with a comfortable majority for an unprecedented second term in Uttar Pradesh, Congress general secretary Priyanka Gandhi Vadra on Thursday said that the party was unable to convert hard work into votes, adding that it will continue to fulfill the responsibility of strong Opposition.

“The vote of the people is paramount in a democracy. Our workers and leaders worked hard, formed the organization, fought on the issues of the people. But, we were not able to convert our hard work into votes. The Congress party is following a positive agenda for the betterment of UP and the public will continue to fulfill the duty of a strong Opposition with full responsibility,” Vadra said in a tweet.

Congress managed to win two seats in UP Assembly polls despite the fact that Priyanka Gandhi Vadra led an aggressive poll campaign during the 2022 Assembly elections in Uttar Pradesh.
According to the early trends of the UP election counting of votes, BJP has won 192 seats and is leading on 63 seats, and Samajwadi Party has won 68 and is currently leading on 42 seats.

On the other hand, Congress managed to win two seats while Bahujan Samaj Party has so far not been able to secure a single seat.

President Kovind addresses Special Session of both houses of UP Legislature