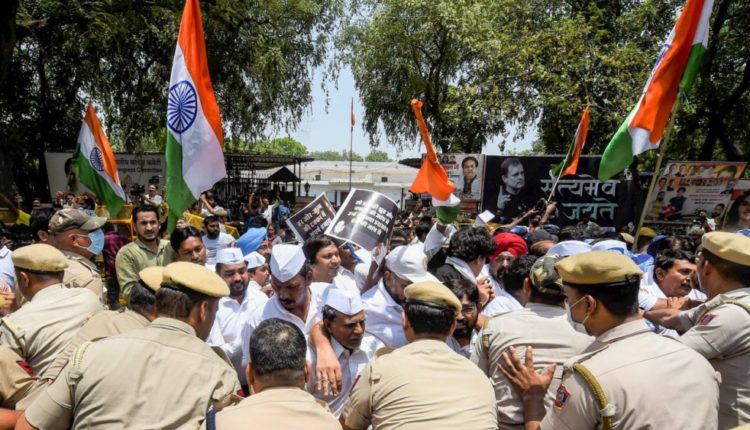 New Delhi (15/06/2022): Congress on Wednesday alleged Delhi Police entered party office and beat up workers protesting Enforcement Directorate (ED) move on party Gandhi Rahul and claimed that the “act of absolute goondaism” was perpetrated at the behest of BJP-led government.

Addressing a press conference, party leader Randeep Singh Surjewala said action of Delhi Police was “criminal trespass” which will not be tolerated and will be accounted for.

He demanded that FIR should be lodged and action taken against those involved.

“In an act of absolute goondaism by Delhi police at the stance of government, they entered Congress office and beat up workers. This is criminal trespass. Their goondaism has reached its zenith. This won’t be tolerated and will be accounted for,” Surjewala said.

“We demand an FIR be lodged, they be suspended and disciplinary inquiry be initiated. Today all Congress leaders will hold press conferences. Tomorrow Congress will gherao all Raj Bhavans across India. Protests will also be held at all District levels day after tomorrow,” he added.