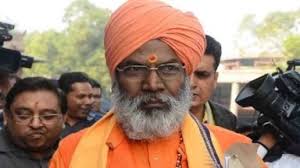 While addressing a public rally here, BJP MP said, “My allegation is that Congress got Subhas Chandra Bose killed….neither Mahatma Gandhi nor Pandit Nehru could stand in front of his popularity.”

The statement took place on the day when the nation was celebrating Bose’s 125th birth anniversary.

Born to advocate Janakinath Bose in Odisha’s Cuttack on January 23, 1897, Netaji went on to play a crucial role in India’s freedom movement. He is also known for establishing the Azad Hind Fauj.

While there is controversy over Bose’s death in a plane crash in Taipei on August 18, 1945, the Central government had in a (Right to Information Act) RTI in 2017 confirmed that he had died in the incident.