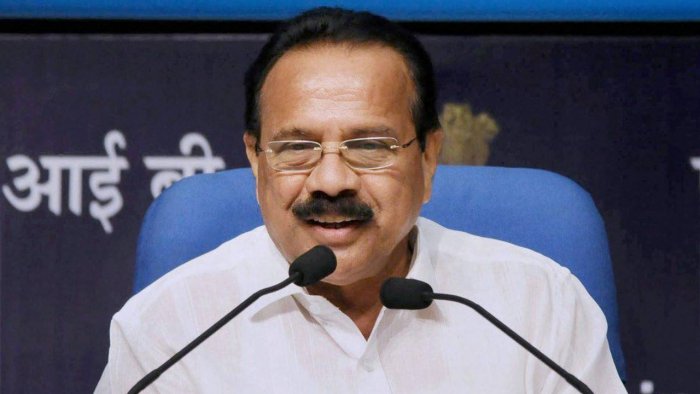 NEW DELHI, 05 March 2021: DV Sadananda Gowda, Minister of Chemicals & Fertilizers, Govt of India today emphasized that the government is working on a consultative approach in forming the policies for India chemicals and petrochemicals sector.

Gowda further said that Budget 21-22 has provided a nearly 200 per cent boost to the Indian pharmaceutical sector as the government sets around INR 124.42 cr for initiatives aimed at the development of the industry. “The big push for the pharma sector is being seen as an attempt to discourage the imports of raw materials that are widely used in local manufacturing,” he emphasized.

During the COVID-19 slowdown there has been noticeable production and consumption shift towards Asian and South Asian countries. The Speciality Chemical sector in India has been one of the few sectors that has remained largely unfazed by the ongoing slowdown, he added.

Highlighting the importance of R&D in the sector, Gowda said that a balanced approach through resource mobilization, key government initiatives in the sector and developing technological capabilities shall spur growth. This will also enable us to overcome the pandemic situation and make the sector stronger and more competitive.

Mansukh Mandaviya, Minister of State (IC) for Ports, Shipping and Waterways & Minister of State for Chemicals & Fertilizers, Govt of India said that the government is working to introduce PLI scheme for the Chemicals sector to increase domestic production. There are immense opportunities for the industry and the government is working to ensure to provide all necessary support. “The government decides on policies after a thorough research on ground and wants to make the industry competitive. We have to encash the opportunity,” he added.

Mandaviya further said that India has both the potential and the manpower to deal with the pandemic. The result of medicine diplomacy has been such that the entire world now wants to procure vaccines from India. After supplying medicines to 120 countries, no country has complained of inferior quality medicine. The Indian industry, its entrepreneurs and the Made in India stamp have set a benchmark globally, he noted.

Deepak C Mehta, Chairman, FICCI Chemicals Committee and CMD, Deepak Nitrate said that the budget did give some corrective measures for the duty structures particularly in places where there was inverse duty. The budget has given us many newer signals that are more on macro level but are very particular to the chemical industry, he added.

Kamal Nanavaty, President, CPMA said that as the world moves from conventional mobility of internal combustion engines to electric and hybrid vehicles, we will have the refining assets really become available to build new petrochemical base.