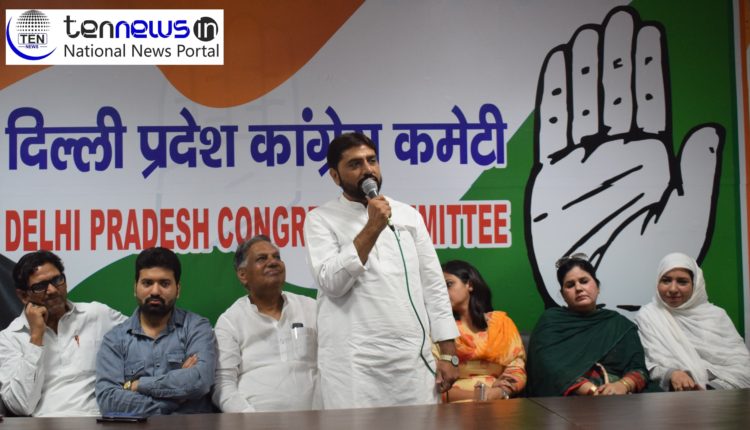 New Delhi: Thousands of Congress workers paid homage to Mahatma Gandhi on the occasion of Gandhi Jayanti Day today, the 150th birth anniversary of the Mahatma, with “Vartman Sandarbh Mein Gandhi” (The Relevance of Gandhi Today) as the topic, in 14 districts and 280 blocks across the Capital, under the leadership of Delhi Pradesh Congress Committee president Ajay Maken.

Senior leader Chattar Singh presided over the meeting organized by the Chandni Chowk
District Congress Committee at the DPCC office,The Delhi Congress organized the meetings on the topic of “Vartman Sandarbh Mein Gandhi” (The Relevance of Gandhi Today) at the direction of Congress president Rahul Gandhi as under the BJP rule at the Centre, the principles of truth and non-violence have become the biggest casualty.

“Congress aim was to uphold Gandhi’s principles if non-violence and truth, while the BJP was using Gandhi as a
symbol of holding broom in his hands to create a “Swachh Bharat” while forsaking his salient
principles of truth and non-violence. Even BJP’s “Swachh Bharat Abhiyaan” has fallen flat in
the National Capital, as it has failed to keep the city clean with the sanitation workers of the
MCD going on strike for non-payment of their salaries, backwages and arrears.”

“Now, Delhi has
Become a city of garbage as mounts of garbage have piled up everywhere with the sanitation
workers being on strike for over the past two weeks,” added Singh.