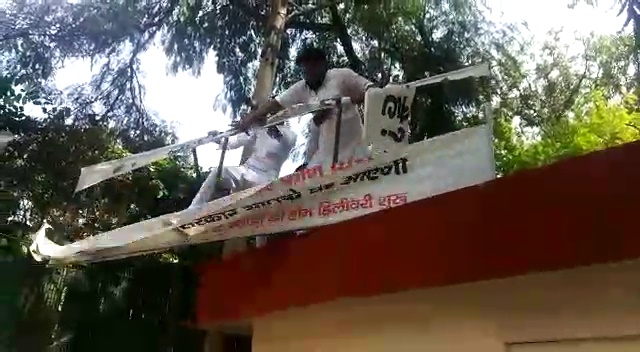 New Delhi: Almost a year have been passed and sealing drive has become the biggest political issue in the Capital.
Allegations and counter-allegations of the leaders from the three major parties, Aam Aadmi Party, Congress and Bhartiya Janta Party continues to blame each other for the sealing drive.

“BJP and Aam Aadmi Party are only putting allegations to each other and are looting common people in Delhi. They spend lakh and crore of rupees in advertising. When our congress government was in Delhi, if there was any salary issue, The MCD workers were given salary from the CM Fund. This Aam Aadmi Party is only using their name “Aam” but in reality they are not serving anyone.”

They further said, “The AAP government is the reason for the agitation of the employees who are not picking up the garbage from the neighborhood. The non payment of the salaries and the pending arrears is the reason of the mess. The employees are not getting paid because the delhi government did not release funds.”