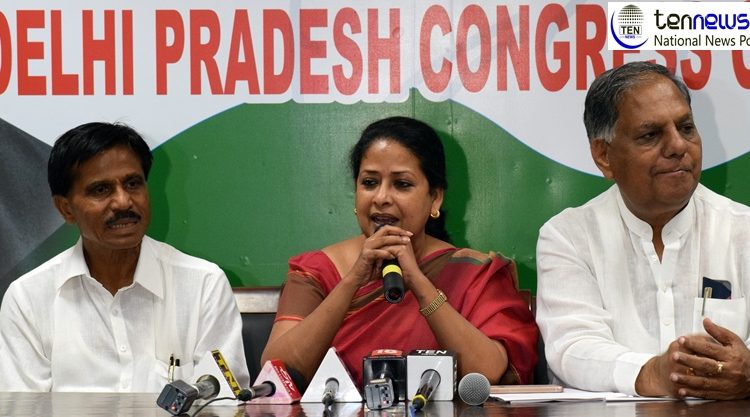 New Delhi: Delhi Pradesh Congress Committee chief spokesperson
Sharmistha Mukherjee on Mondayheld the BJP and the Aam Aadmi Party Governments responsible
for the strike of the sanitation workers in East Delhi for over the past two weeks and as a
result, mounts of garbage have piled up all over East Delhi, creating the spectre of an
epidemic of diseases in the Capital.

She said both the BJP and AAP Governments have
not bothered to end the strike of the sanitation workers who have gone on strike
demanding their backwages and arrears.

Addressing a press conference at the DPCC ,Sharmistha
Mukherjee said,

“Prime Minister Narendra Modi had launched the ‘Swachh Bharat
Abhiyaan’ on Gandhi Jayanti Day on 2nd October four years ago in 2014, but the
prolonged and repeated strikes of the sanitation workers in Delhi, demanding their back
wages and arrears, have totally exposed the hollowness of Modi’s Swachh Bharat
Abhiyaan.”

She further said, “The recent deaths of six labourers while doing manual
scanvenging and the sanitation workers’ strike in East Delhi have bared the failure of
the Swachh Bharat campaign and it is a big shame that the national Capital is reeling
under the strike of sanitation workers as mounts of garbage have piled up all over East
Delhi, threatening the outbreak of many diseases such as dengue, chikengunya,
diphtheria, malaria etc.”