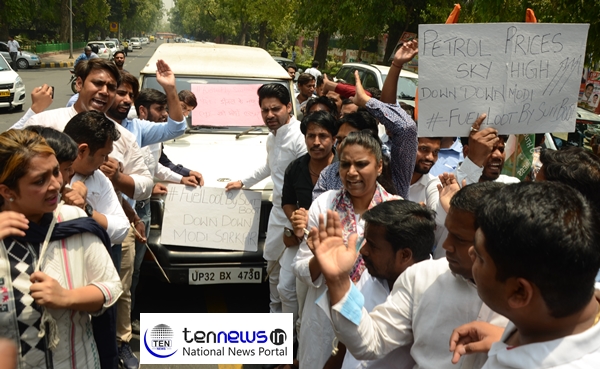 New Delhi: India’s ruling party BJP is currently facing a lot of flak for the fuel price hike and while the common man is criticising the move.

Speaking to Ten News, Youth Congress Activists said, “Modi government has directly targeted to the common people who are mostly dependent on petroleum. we are living in a country where Rs 80+ p/litre is the fuel price. Modi Government continues to fleece Indians on fuel prices. Petrol price in Mumbai has crossed Rs 84/L. This is the highest ever price for petrol in India. When will Modi government hear the woes of the people.”