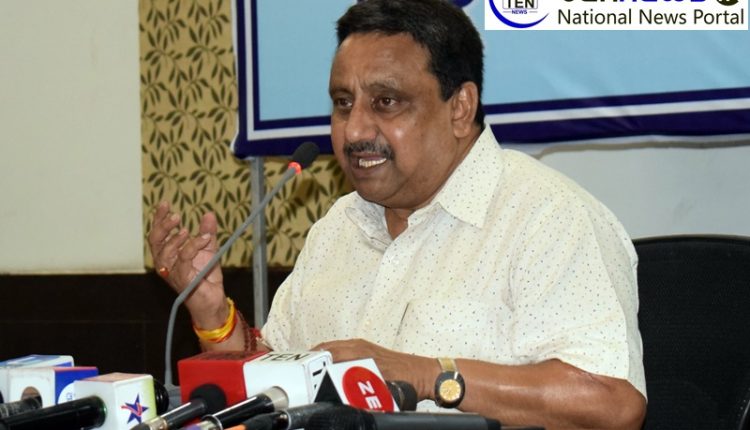 New Delhi: The Government of India has been taking several measures to promote and encourage digital payments in the country. As part of the ‘Digital India’ campaign, the government aims to create a ‘digitally empowered’ economy that is ‘Faceless, Paperless, Cashless.

On Thursday, In support of the Union Government’s target of 30 billion digital transactions in FY 18-19, the Confederation of All India Traders (CAIT) today strongly advocated for educating merchants and consumers to use “Bharat QR” for making payments for business transactions and personal usage. The CAIT has launched a nationwide campaign to popularise Bharat QR, prompting the trading community to empower itself by embracing this payment solution.

The campaign kicked off today with the announcement and will continue till 2nd October across the country. During the campaign, the CAIT will train 1,000 traders as Master Trainers to take the campaign further down the line. It will hold around 300 seminars, workshops and conferences in different cities, imparting education on Bharat QR.

Khandelwal further said “Usage of POS terminals costs bank rentals and other expenses for the traders whereas Bharat QR is simply a unified code made available through a bank having no rentals or other charges. It is important that the Government pushes for one common national QR code standard as per the Bharat QR specifications. Acceptance of Bharat QR by the community of 60 million micro and small merchants will be an important enabler to meet the Government’s target of 30 billion digital transactions. We urge the Government to provide the policy support and incentives to accelerate the acceptance of Bharat QR.”

At the press conference, CAIT made the following recommendations to the Government to expedite acceptance of Bharat QR by micro and small merchants:-

Remove the additional factor of authentication for Bharat QR transactions

Due to its low cost of deployment and ease of use, Bharat QR has the potential to transform the Indian payments landscape as a “Made in India” solution to drive Digital India.

OMG! Voters card on sale at just Rs 100 before the Karnataka elections; this is how the racket works