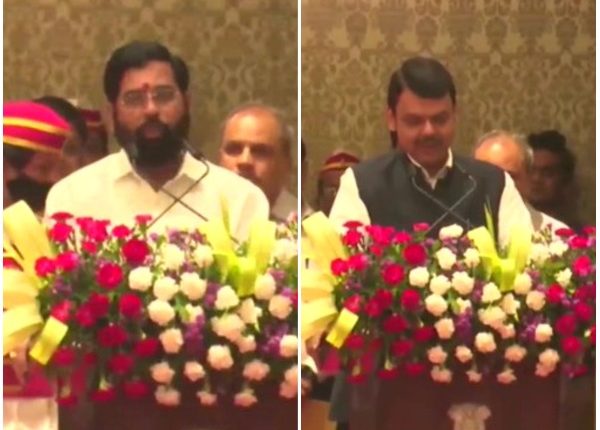 Mumbai, June 30:  Eknath Shinde, who led a revolt against Shiv Sena leading to the collapse of the 31-month-old Maha Vikas Aghadi (MVA) government, took oath as the Chief Minister of Maharashtra on Thursday evening.

Home Minister Amit Shah said in a tweet later that Fadnavis has decided to be part of the new government in Maharashtra in the interest of the people of the state after a word from BJP chief JP Nadda and congratulated him for his decision.

He said in a tweet that Fadnavis has shown a “big heart” and the decision reflects his true dedication and attitude of service towards Maharashtra.

Eknath Shinde takes oath as the Chief Minister of Maharashtra