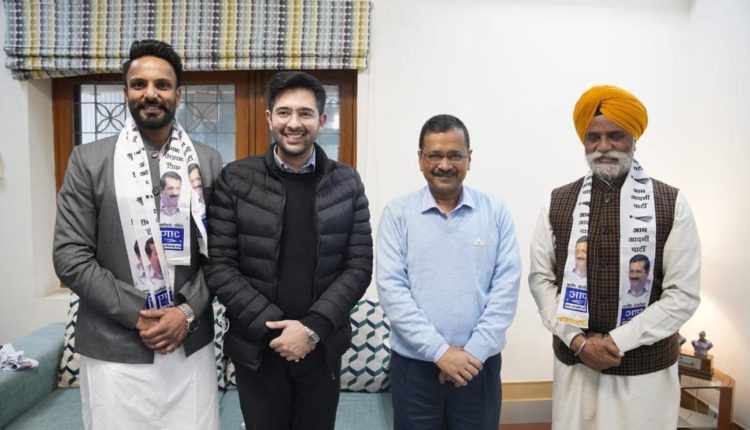 On Friday, he broke his 50-years-old tie with Congress.

Mann was inducted by AAP national convener and Delhi chief minister Arvind Kejriwal in the presence of the party’s Punjab affairs co-in charge Raghav Chadha into the party.

Chadha in his Tweet also posted a photo showing Mann joining the AAP in the presence of the party’s national convener Arvind Kejriwal.

He resigned from Congress and was the chairman of Punjab Agro Industries Corporation. In an emotive letter to Congress president Sonia Gandhi, the three-time MLA from Phagwara, who served as a minister in the Cabinets including those of Beant Singh, Rajinder Kaur Bhattal and Amarinder Singh, said, “I had a dream that when I die, the Congress tri-colour will be wrapped around my body but my conscience does not allow me to stay here after seeing the Congress patronising those guilty of the post-matric scholarship scheme for Scheduled Caste students.”