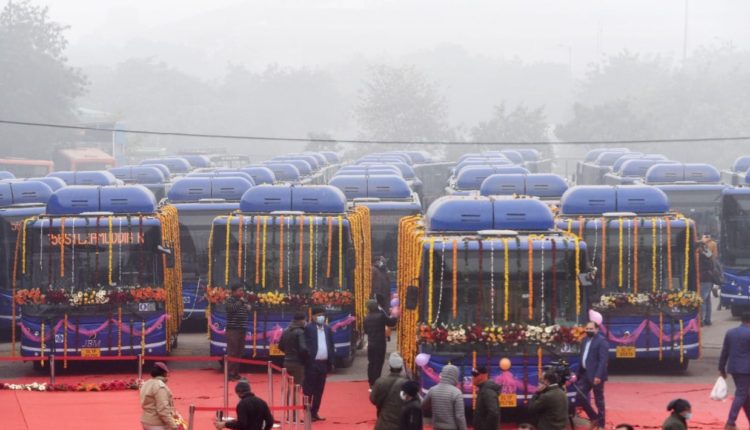 Kejriwal said the public transport bus fleet is now grown to 6,900 which is the highest so far.

He said, ”With induction of these 100 buses, now the public transport bus fleet size has grown to 6,900 which is the highest so far. Earlier, there were around 6,000 buses at the time of Commonwealth Games (in 2010),” TOI reported.

The 100 new buses will be operated mostly on rural routes from Ghumanhera bus depot, Kejriwal said, adding, “We are committed to boost public transport ensuring people have buses for commute on regular frequency.”

As per reports from TOI, Gahlot said, ”A prototype e-bus will be flagged of by the chief minister on Monday. Fifty more e-buses will arrive by first or second week of February and all the efforts will be made to have 300 e-buses by April.”

Transport minister Kailash Gahlot said, The city transport department is also making efforts to have 300 e-buses on the road by April.