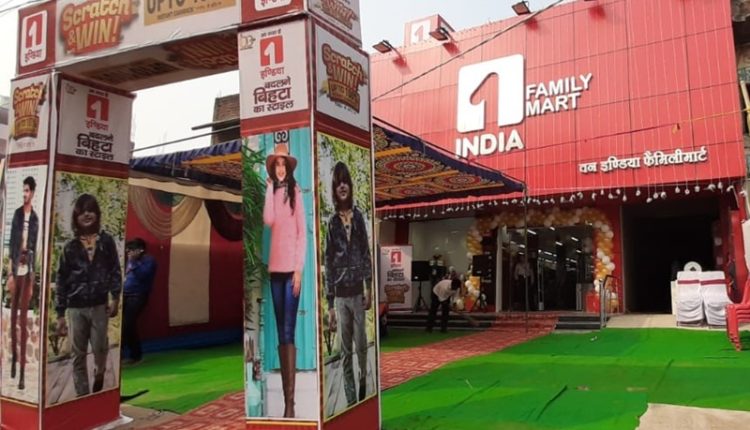 The opening of the store prior to Christmas and New Year endeavours to capture the upcoming winter sales in the region. With its retail stores spread across 90+ cities of Uttar Pradesh, Bihar, Assam, Madhya Pradesh, West Bengal, Orissa etc, the brand is committed to meet the fashion expectations of diverse customer groups with refreshingly different retail experiences.

Citing the significance of this milestone for the company, Ravinder Singh, Founding Director 1-India Family Mart said, “Amidst the ongoing economic slowdown in the retail sector, 1-India Family Mart has recorded a revenue of INR 420 crores in the last fiscal and is further aiming to achieve INR 2300 crore revenue in the next five years with an expansion to over 350 stores. Proceeding towards its vision of meeting the fashion aspirations of small towns in India, 1-India Family Mart, records the fastest growth in value retail chain segment, completes 100 stores in a span of six years.”

Singh further added, “We are thrilled to launch our 100th store in Bihta, as it is one of the fast-growing township in Bihar with an increasing demand for affordable fresh fashion and general merchandise. Witnessing such increasing demand, we are planning to increase our retail presence in tier 3 and tier 4 towns majorly in Assam, Bengal and Odisha along with strengthening our presence in the existing states we operate. In fact, we are eyeing to translate this expansion into all-round value creation by pointing towards revenue worth INR 650crore- INR 700crore during this financial year.”

1-India Family Mart has been providing fashionable, stylish & affordable apparels and lifestyle accessories to most cities in the country. What started with just 4 stores in its first year of establishment in UP’s Ghazipur and Fatehpur district is now spread across 90+ cities in Eastern and Northern India with larger stores. By the end of September this year, the company launched its 98th and 99th store in Pasighat (Arunachal Pradesh) and Dimapur (Nagaland) respectively.