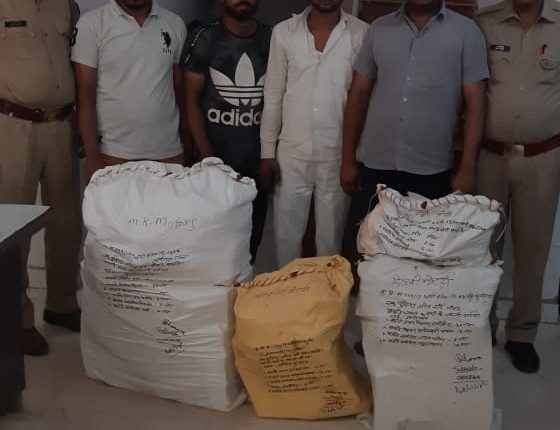 Noida police had arrested four accused involved in fraud by selling duplicates parts of Maruti car claiming to be original. The arrested accused owns a shop in Geja market under sector 93 from they were arrested by the police team.

Police had recovered duplicate car parts worth 2 lakhs from them. The arrested accused were identified as Imran, Momin, Praveen and Sachin all resident of district Gautam Budh Nagar