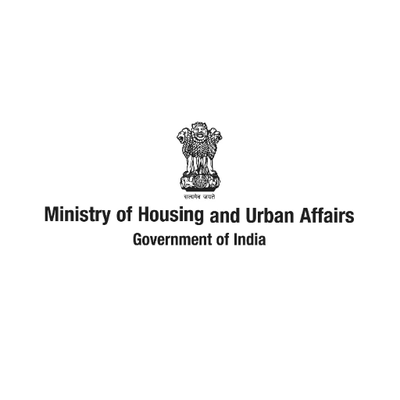 Hardeep S Puri, MoS, (I/C), Housing and Urban Affairs while presiding over the Garlanding ceremony of the statue of BHARAT RATNA PANDIT GOVIND BALLABH PANT at Pandit Pant Marg, New Delhi, recalled his contribution in India’s freedom struggle and said that the new site has been developed in a befitting manner to honour Bharat Ratna Pandit Govind Ballabh Pant’s journey and philosophy, which continues to inspire Indians towards selfless dedication to the progress of our society and country. The statue has been relocated to its new location at rotary number 48 at the intersection of Church Road, Lok Sabha Marg, Rajya Sabha Marg and Pandit Pant Marg and is encircled by eminent landmarks. The site has been developed in a befitting manner to honour the great national leader. Smt. Ila Pant, Chairperson, The GB Pant Memorial Society; Smt. Kulsoom Noor Saifullah, Chief Editor and Adviser, The GB Pant Memorial Society, Ram Sutar, Sculptor,  ash Durga Shanker Mishra, Secretary, Mohua, Director General, Central Public Works department also joined the Garlanding Ceremony.

During his address at the ceremony, Sh Puri stated that the ‘New India’ envisaged by Prime Minister Narendra Modi Ji is one that preserves and cherishes our rich history and tradition, while placing an impetus on development and progressive change. The Central Vista project is one such endeavour that aims to address the vital lag in infrastructure needs of today while protecting and honouring the memory of our freedom fighters, vibrant history, architectural diversity and culture.

The previous location of Bharat Ratna, Govind Ballabh Pant statue was near Raisina Road circle, on the junction of Raisina Road and Red Cross Road. This fell within the New Parliament Building layout and needed to be relocated. Given the central location and the fact that Pandit Pant Marg was named in the honour of Bharat Ratna, Pandit Govind Ballabh Pant, the proposed site of relocation, Roundabout No. 48, was a suitable choice. This is at the intersection of Church Road, Pandit Pant Marg, Lok Sabha Marg and Rajya Sabha Marg. With two feet high mounds and shallow stepped water body, the statue’s design elements are envisioned to represent the ‘Hilly Regions’ of the nation, paying tribute to Pandit Pant for his contribution to the progress of hill regions and its people.

The Statue of Pandit Pant was installed in New Delhi in 1966 by the then President of India Dr S Radhakrishnan. The Gobind Ballabh Pant Memorial Society was formed to organize memorial functions across the country. Over the years it has been headed by past Presidents and Prime Ministers. Currently, the daughter in law of Pandit Pant, Smt Ila Pant, former Member of Parliament, 12th Lok Sabha, is the Chairperson of the Society.

Bharat Ratna Pandit Govind Ballabh Pant, Premier of United Provinces (1937 – 1939), First Chief Minister of Uttar Pradesh (1946 -1954) and Union Home Minister (1955 – 1961) was a recipient of the highest civilian award for Public Service, the Bharat Ratna in 1957, besides being the leader of the Rajya Sabha. Pandit Pant was born in Almora, Uttarakhand and graduated as BA(LLB) from Muir College, Allahabad University where he was awarded the Lumsden Medal for academic excellence. Post-Independence, he became the first Chief Minister of Uttar Pradesh with leading policy priorities like abolishing the zamindari system, forest conservation, women’s rights, economic stability, and safeguarding the livelihoods of the most vulnerable groups. He later on also shouldered the responsibilities as Union Home Minister, focusing on the democratic empowerment of Indian citizens.