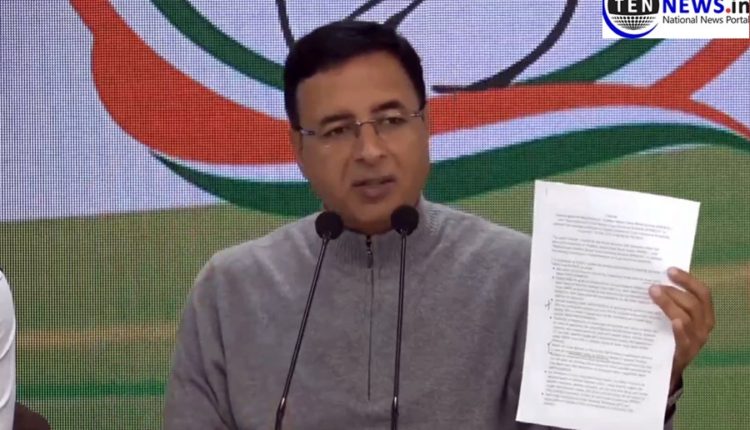 Government is trying to shut down the PMKVY, says Congress spokesperson Randeep Surjewala

Congress on Thursday launched attack over the recent changes in the Pradhan Mantri Fasal Bima Yojana (PMFBY) making it optional for farmers with a view to plug loopholes in the farm insurance scheme.

Congress national spokes person Randeep Singh Surjewala said the government is trying to shut down the PMKVY. “When our prime minister claims 12% premium as loot then what is 27% premium that is being imposed on farmers. He had promised CAP over 2 % premium, now what happened to that promise.”

Under the PMFBY, which was launched in February 2016 by Prime Minister Narendra Modi, it is mandatory for loanee farmers to take insurance cover under this scheme. Currently, 58 per cent of the total farmers are loanee.

The Union Cabinet has approved many changes in the PMFBY programme as farmers’ body and states were raising some concerns. The minister said the PMFBY scheme has been made optional.

Highlighting the achievements of this scheme, Tomar said the insurance programme has covered 30 per cent of cultivable area.