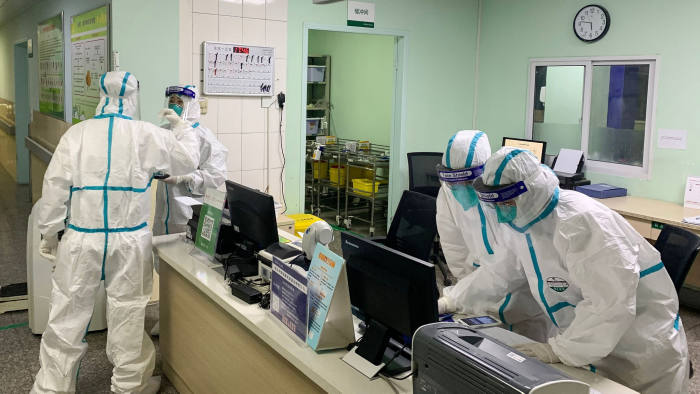 Substantiating the increasing polarization between Hindu and Muslim religious community in the country, a hospital in Ahmedabad was found to be segregating the Hindu and Muslim Coronavirus patients into different wards.

Normally, at civil hospitals, wards are segregated only on the basis of gender.

The Medical Superintendent at the hospital said that the segregation was done as per a state government decision, though the Deputy Chief Minister and Health Minister Nitin Patel denied any knowledge of it.

Deputy CM Patel said, “I am not aware of such a decision (on wards as per faith). Generally, there are separate wards for males and females. I will enquire about it.”

The state’s health department denied the allegation saying, “Patients are kept in different wards based on their medical condition, severity of the symptoms and age, purely based on the advice of the treating doctors. Therefore, reports appearing in certain media are totally baseless and misleading.”