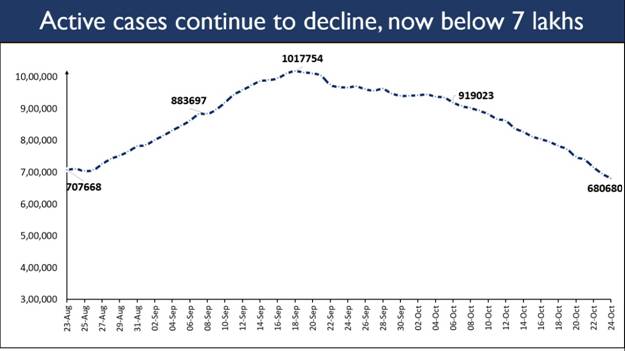 India continues to report a trend of steadily declining active cases. The active cases are less than 7 lakh for the second consecutive day and stand at 6,80,680.

The active cases now comprise only 8.71% of the total positive cases of the country.

The active cases are on a continuous decline on a daily basis. This is a result of the successful TEST, TREAT, and TRACK strategy of the Union Government implemented by the  States/UTs.

The change in the active cases across the States and UTs has been varied, indicating different stages in their fight against the global pandemic. 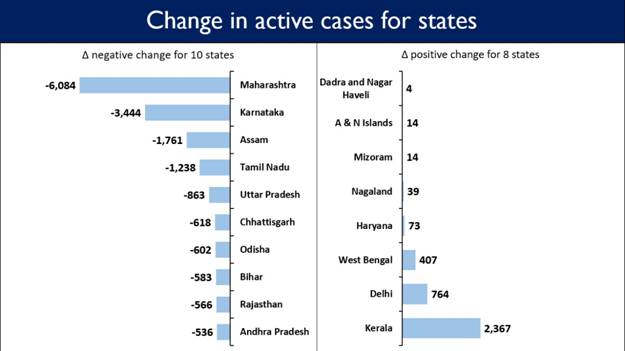 There has been a progressive dip in the day-on-day active cases during the past few weeks. 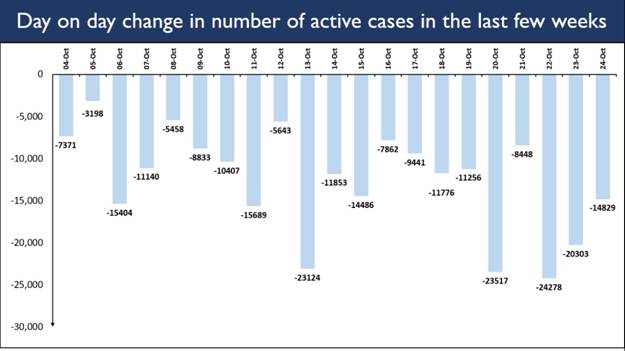 The declining trend of the active cases is complemented by the unbroken rising number of recovered cases. The total recovered cases have crossed the 70 lakh mark and stand at 70,16,046. The national Recovery Rate has further improved to 89.78%. 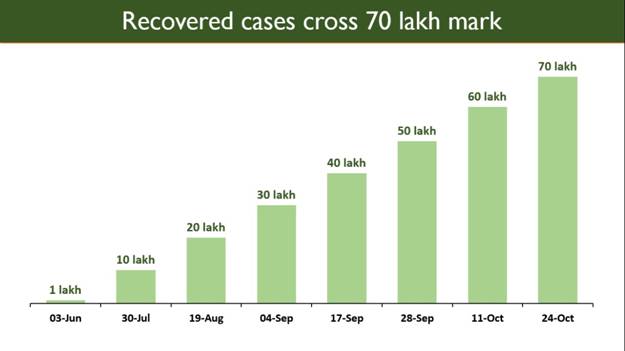 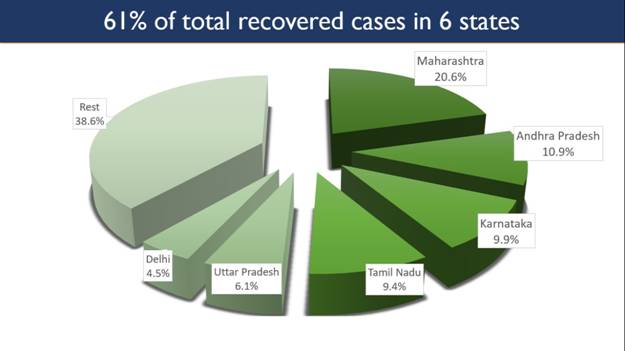 New recoveries have exceeded new cases in the recent days. 67,549 COVID patients have recovered and discharged in the last 24 hours whereas the new confirmed cases stand at  53,370. 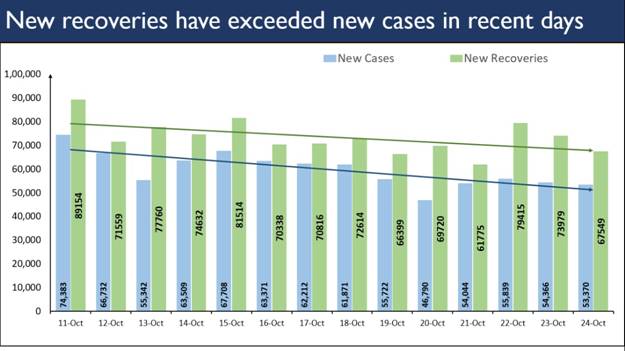 77% of the new recovered cases are observed to be concentrated in 10 States/UTs.

Maharashtra has contributed the maximum with more than 13,000 single day recovery. 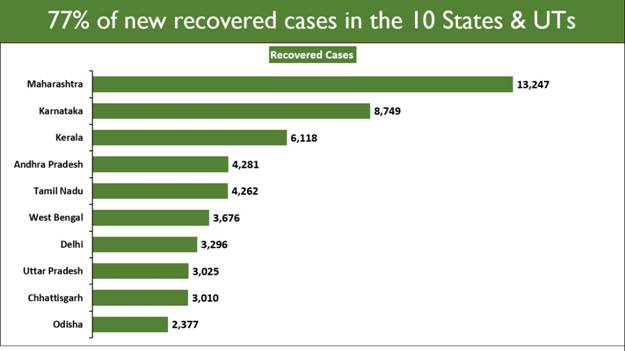 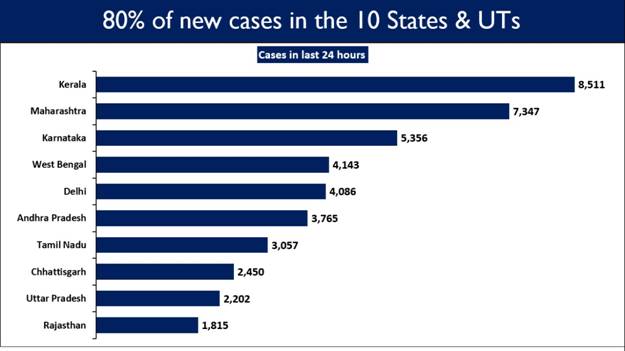 650 case fatalities have been reported in the past 24 hours.

Of these, ten States/UTs account for nearly 80%.  Maharashtra has reported maximum with 184 deaths. 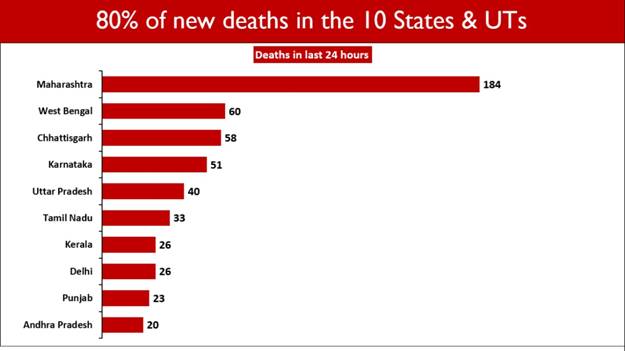