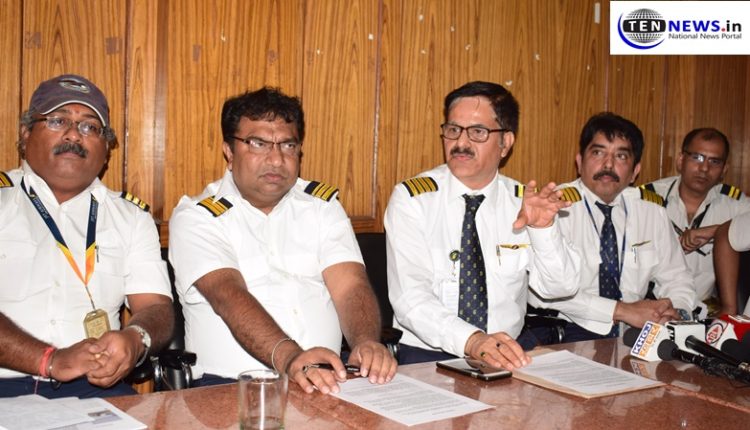 New Delhi (08/06/2019) : Today the employees of Jet Airways conducted a press conference to expedite the process of revival of airlines. The employee led consortium already given a proposal of ESOP to revive the company and which was duely accepted by SBI.

The employees told that “lives of thousand of people directly and millions indirectly. Physical assets are lying idle and human assets. Sanjana Singh daughter of one the employee of Jet Airways launched a signature campaign ” Save the Jet Airways” Which has got 3lakh 33 thousand signatures means we are getting a great support from public also. ”

With 22000 people on the streets, aviation sector will face the music and more importantly lot of aviation professionals will take up jobs overseas and India willbe deprived of income and talent. Though a small part of this may come in as remittance from overseas.

All the employees demanded Modi government for speedup the revival of company. The employee said we are the only people who were fighting for the revival of their company many company got shut down but no one did the same. 80 million frequent flyers and personalities of eminence have been wishing us and hoping to see the company back in business becauseof it’s quality of service and standards.

Commuters can use metro cards in feeder buses from second week of June: NMRC