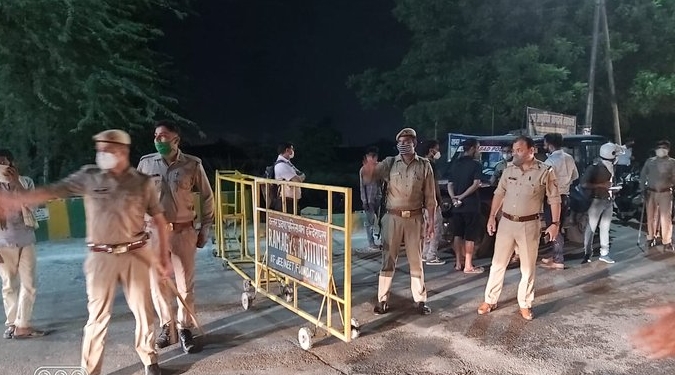 Ghaziabad (Uttar Pradesh): July 21, 2020: In a brazen act of increasing crime in the region, a journalist was attacked with firearms by some goons on Monday night.

The goons fired shot at journalist Vikram Joshi while he was travelling on a two wheeler with his daughters in the Vijaynagar area of Ghaziabad.

The incident was captured on CCTV and different political leaders, including Priyanka Gandhi questioned the state of law and order in the region.

Notably, Joshi had complaint against the harassment of his niece by some goons and the attack took plays days after the complaint.

While police is probing all angles in the case, they have arrested five people for their involvement in the shooting incident.

Ghaziabad SSP Kalanidhi Naithani said that investigation is being done to arrest all miscreants involved in the attack.
“Journalist Vikram Joshi was attacked yesterday night. Police Teams were immediately formed after the attacked and pressed into action. We also visited the hospital and thorough enquiry is being conducted. Five people have been arrested for their involvement in the attack. Further investigation is underway,” he said.

The condition of journalist Vikram Joshi continues to remain critical and he is under medical treatment at a city based hospital.