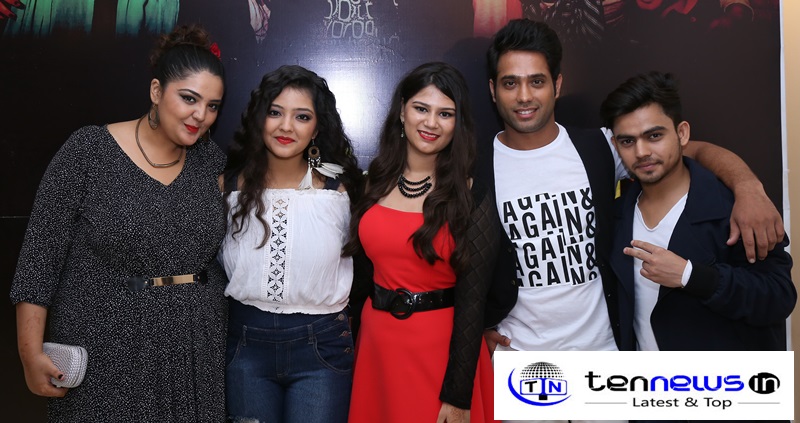 Karmbhoomi. Karmbhoomi has set its VISION 2020. The sole purpose of the Karmbhoomi Movement is to create leaders; icons who can inspire the youth to follow a path of self-improvement and decision making by the year 2020.With a motive towards youth, to enhance and realize their values and responsibilities the Television Series is the first of its kind initiative towards creating a positive impact on youngsters.“Today youngsters have a common goal; to become rich, powerful and famous through any means necessary, without bothering about rules and ethics. The Karmbhoomi movement aims to create leaders who would inspire the youth to create more leaders and generate consciousness of each action being taken by them.” said Ms Kanu Priya, Executive Director and Producer of the show, (Founder CEO, Gul Guncha Arts & GSMC Acting Academy.) The Karmbhoomi movement has three verticals i.e.  The TV Series: it follows the lives of the students of the fictional university i.e. Karmbhoomi University, also known as KBU, this university’s philosophy is an amalgamation of principles of the Bhagwad Geeta’s Karmyoga Theory  and Swami Vivekanand’s teachings on youth and karma wherein focus is on learning work ethics, life skills and innovations. Online web portal with free peer – to – peer counselling. It is a safe zone on the internet where correct information and help can be provided on issues which are specific to Indian youth. (www.karmbhoomi.com– under development )Karmbhoomi Fests– these fests are there to promote the issues picked up during the series and take them to different places. For instance one event might showcase fashion shows working against body image issues and simultaneously restyling and reusing the same clothes.The series has six main protagonists who believe in changing the world. The description, background and personalities of the protagonists are mentioned below, which include: Ojaswini Gul as Anukriti Singh – A third year student, is the Cultural President of the University and a hard-core feminist. Her purpose in life is to provide entrepreneurial opportunities to creative people.  Guncha Dwivedi as Kiara Oberoi is the college tomboy, doing her second year study in Psychology (BA). She is the master-mind of the group. Jasvinder Singh as Kartik Kapoor is the social worker and a natural do-gooder. He’s the golden-boy with a humane side.Varnikaa Aurora as Ria Malhotra is the in-house fashionista. She is naïve and often seen lost in her own rosy world. Parth Sharma as Gautam Hooda is the fresher in the group. He is a national level cricketer both on screen and in real life. Jayant Gupta as Kabir Tyagi is your ruffian bad boy character. He is the Sports President & a political leader.All these actors have been mentored by Ms.Kanu Priya, personally under her Acting Academy: GSMC – Acting Academy. (www.gsmc.in).These six leading actors have been training in not just acting but also self development, where they are working to become real life leaders, each working on a social cause.Ojaswini Gul is working on women issues, mainly feminism and body image issues; Guncha Dwivedi is working on creating awareness regarding mental health amongst youngsters; Jasvinder Singh is working on tackling the various problems of old-age; Varnikaa Aurora is working on creating recycled products ;Parth Sharma is working on adverse effects of societal pressureand Jayant Gupta is working creating awareness for environmental issues.The Executive Director & Producer of the show (Media Personality & Entrepreneur) Kanu Priya is a celebrated media person for the last 25 years. She is the life force behind the Karmbhoomi movement as she continues to have tremendous faith in the young generation in bringing the universal change.A dynamic personality, she has shown her brilliance in all the genre of media – be it acting, hosting shows, script-writing, film-making, being a radio jockey or theater presentations. She is the founder of GSMC –Acting Academy – a leading Acting Academy focused on creating thinking actors, and Gul Guncha Arts – A New Age Media House.The movement is managed by Karambhoomi TV Pvt Lmt. and the Karmbhoomi TV series is produced by Gul Guncha Arts.

Loud explosion heard near Porbandar Naval base in Gujarat, cops rush to the spot, details awaited.