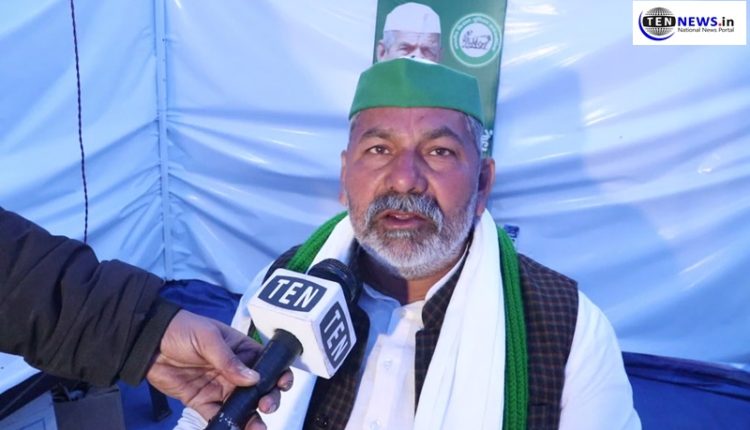 Taking a jibe at the Bharatiya Janata Party (BJP) – led Central government, Bharatiya Kisan Union (BKU) leader Rakesh Tikait on Thursday said that the BJP leaders have been trained not to talk in a straightforward manner and not to listen to anyone.

Speaking to ANI, Tikait said, “BJP leaders never talk in a straightforward manner. They are being trained by Rashtriya Swayamsevak Sangh (RSS) not to listen to anyone but to keep on speaking about themselves. The government should tell us when they want to conduct a round of talks because talk is the only way to the solution.”

“It has only been seven months while farmers are protesting. We had to fight for around 90 years to gain independence,” the farmers’ leader said.

Regarding the announcement of the Central government’s announcement to increase the Minimum Support Prices (MSPs) for all mandated Kharif crops for marketing season 2021-22, the BKU leader said that the government has announced the increase in the MSPs but the problem lies in the procurement of crops.

Tikait asked, “Who will procure the crops? We are protesting for the last seven months in this regard. Who will give us a guarantee that the crops will be procured on the MSPs?”

The Cabinet Committee on Economic Affairs (CCEA) on Wednesday approved an increase in the Minimum Support Prices (MSPs) for all mandated Kharif crops for marketing season 2021-22.

The highest absolute increase in MSP over the previous year has been recommended for sesamum (Rs 452 per quintal) followed by tur and urad (Rs 300 per quintal each). In the case of groundnut and nigerseed, there has been an increase of Rs 275 per quintal and Rs 235 per quintal, respectively, in comparison to last year.

JP Nadda assures of 200 crore vaccine doses by December, read how will it be possible

PM addresses on the occasion of seventh International Yoga Day