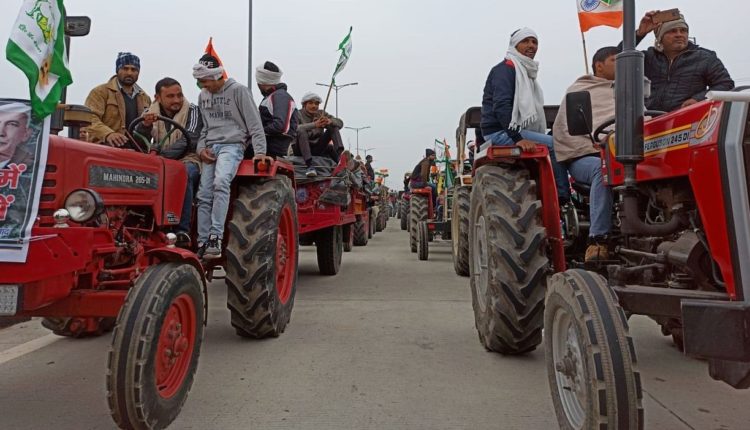 Ahead of Republic Day celebrations, Kisan Mazdoor Sangharsh Committee on Monday informed that the route for tractor rally on Republic Day has not been approved by Delhi Police yet.

“When we came to know last night that the announced routes by Delhi Police are different from what was decided, we expressed displeasure and held a meeting within our committee. We will announce the routes for tractor parade in the evening,” SS Pandher, leader of Kisan Mazdoor Sangharsh Committee told reporters.

“We requested Delhi Police officials again but no mid-ground was found. We have asked them to speak with their seniors and if they agree with our routes, it will be good. We will hold the tractor parade at the routes decided earlier,” he said.

Farmers from all across the country are expected to march towards Delhi in order to take part in the scheduled rally. Tractors from Punjab, Haryana and Rajasthan have reached on Tikri border as the farmers sit in for protest for nearly two months.

The 11th round of talks between farmers and the government was held on Friday, which remained inconclusive.
The talks of farmer unions and the government have seemingly broken down after the former insisted on their demand for the repeal of three new farm laws and the latter asked them to reconsider its offer to put these laws on hold for about 18 months.

Farmers have been protesting on the different borders of the national capital since November 26 against the three newly enacted farm laws — Farmers’ Produce Trade and Commerce (Promotion and Facilitation) Act, 2020; the Farmers Empowerment and Protection) Agreement on Price Assurance and farm Services Act 2020 and the Essential Commodities (Amendment) Act, 2020.